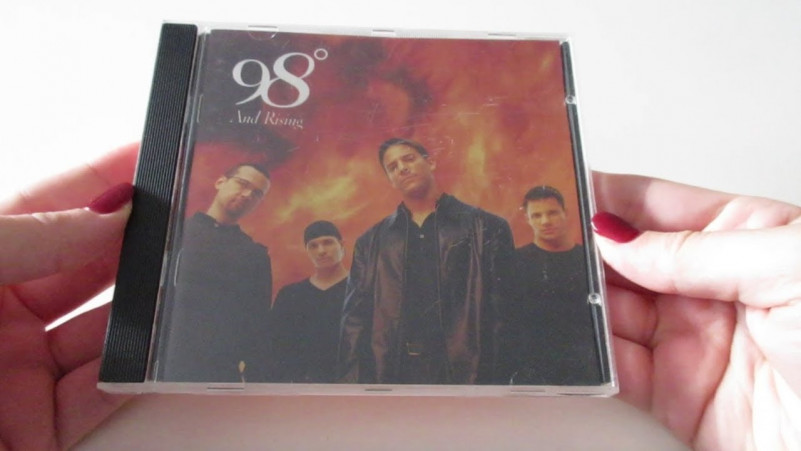 98 Degrees is an American pop and R&B boy band formed in 1997, consisting of brothers Nick and Drew Lachey, Justin Jeffre, and Jeff Timmons. 98 Degrees and Rising is the second album by the group, released via Motown Records in 1998.

The text on the poster we identify is created by  ITC Caslon No. 224 & Throhand  Font.