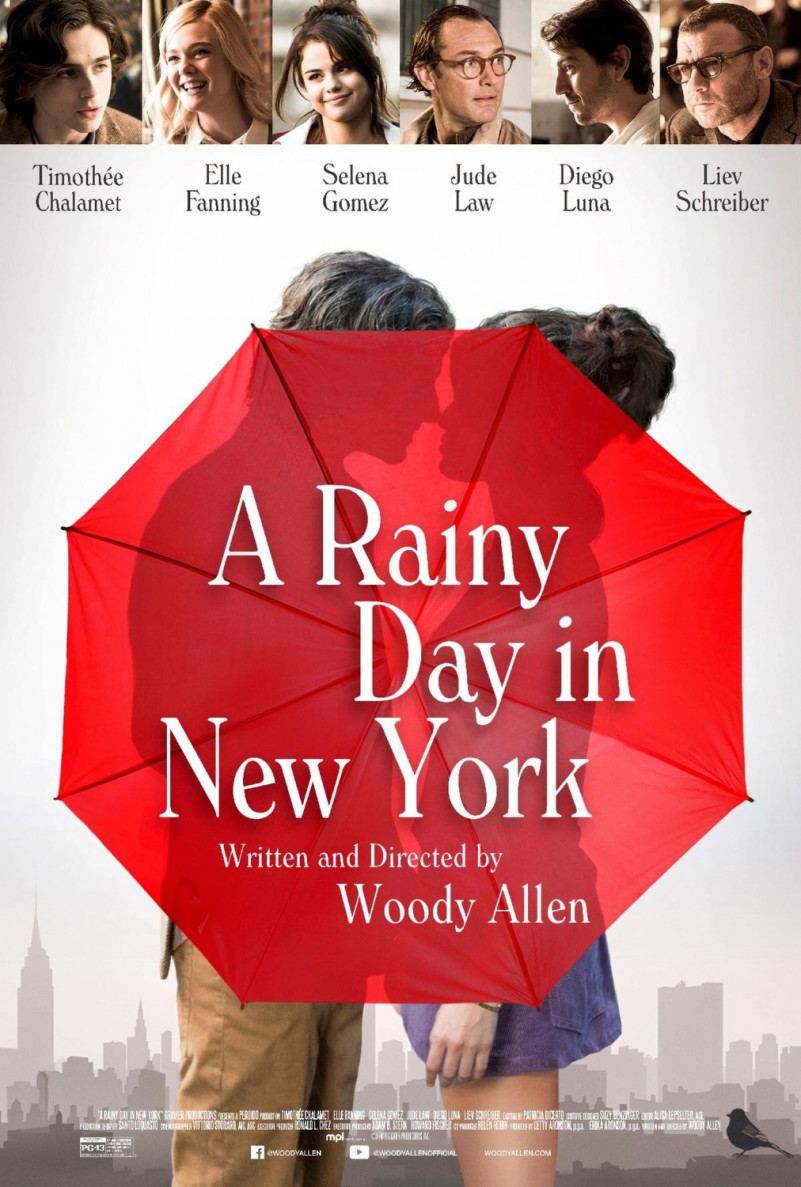 A Rainy Day in New York is a 2019 American romantic comedy film written and directed by Woody Allen. It stars Timothée Chalamet, Elle Fanning, Selena Gomez, Jude Law, Diego Luna, and Liev Schreiber. The film follows the romantic exploits of a young college student (Chalamet) on a weekend trip in his hometown of New York City, trying to further bond with his college girlfriend (Fanning) while she is in the city to interview a famous film director (Schreiber).

“Windsor Std Light Condensed” is the font used in A Rainy Day in New York poster. Windsor was designed by Eleisha Pechey and published by Bitstream. Windsor contains 5 styles and family package options.