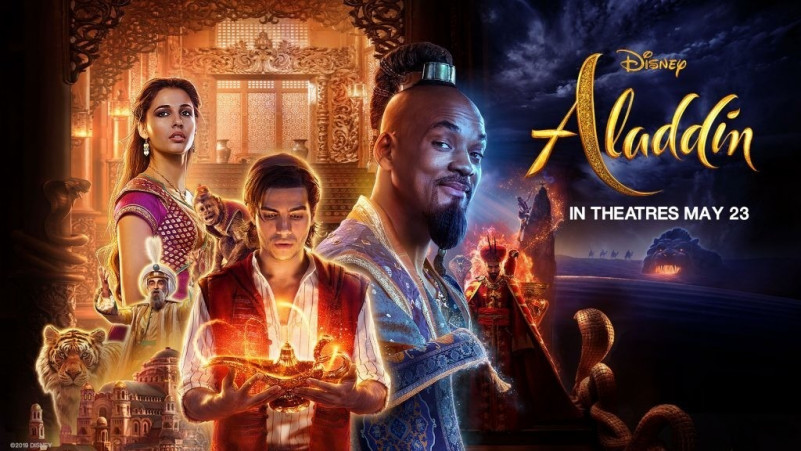 Aladdin is a 2019 American musical fantasy film produced by Walt Disney Pictures. Directed by Guy Ritchie, from a script he co-wrote with John August, it is a live-action adaptation of Disney’s 1992 animated film of the same name, which itself is based on the eponymous tale from One Thousand and One Nights. The film stars Will Smith, Mena Massoud, Naomi Scott, Marwan Kenzari, Navid Negahban, Nasim Pedrad, Billy Magnussen, and Numan Acar, as well as the voices of Alan Tudyk and Frank Welker, reprising his roles from all previous media. The plot follows Aladdin, a street urchin, as he falls in love with Princess Jasmine, befriends a wish-granting Genie, and battles the wicked Jafar.

The text “Aladdin ” on the poster we identify is created by King Of Thieves Font.