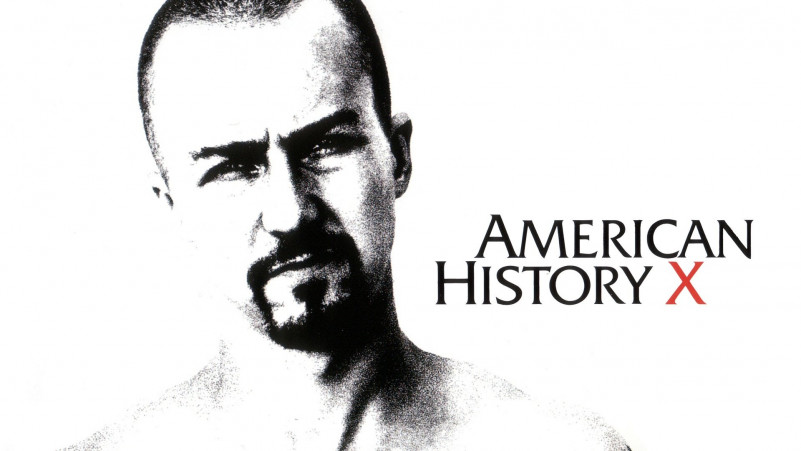 The American History X is a film based on the text of violence against the common violence in the United States, a film about sectarian, racial and religious conflicts and the sense of superiority of the American people.

The text on the poster we identify is created by  Friz Quadrata Font.  Friz Quadrata was designed by Victor Caruso, Ernst Friz, Thierry Puyfoulhoux and published by ITC. Friz Quadrata contains 8 styles and family package options.