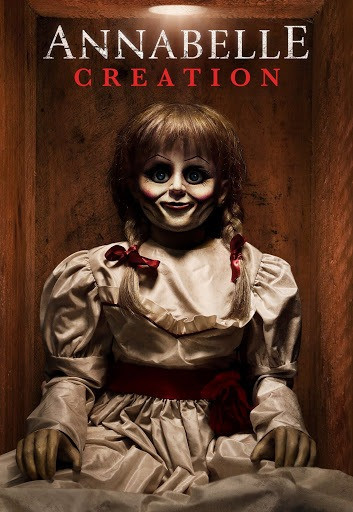 Annabelle is a 2014 American supernatural horror film directed by John R. Leonetti, written by Gary Dauberman and produced by Peter Safran and James Wan. It is a prequel to 2013’s The Conjuring and the second installment in the Conjuring Universe franchise. The film was inspired by a story of a doll named Annabelle told by Ed and Lorraine Warren. The film stars Annabelle Wallis, Ward Horton, and Alfre Woodard.

The text “Annabelle ” on the poster we identify is created by ITC Giovanni Std Book Font. ITC Giovanni was designed by Robert Slimbach and published by ITC. ITC Giovanni contains 6 styles and family package options.