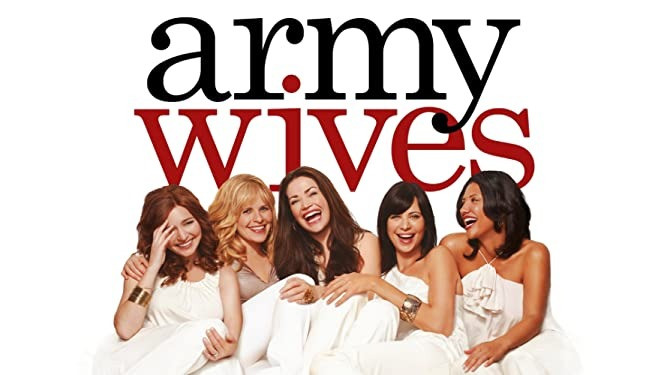 Army Wives is an American drama television series that followed the lives of four army wives, one army husband, and their families. The series premiered on Lifetime on June 3, 2007, and ran for seven seasons, ending on June 9, 2013. The show had the largest series premiere in Lifetime’s 23-year history, and the largest viewership in the 10:00 pm to 11:00 pm time slot since December 2007 for Lifetime. It received favorable reviews and several award nominations, and won five ASCAP Awards and one Gracie Allen Award.

The font used for the Army Wives poster is Century Schoolbook