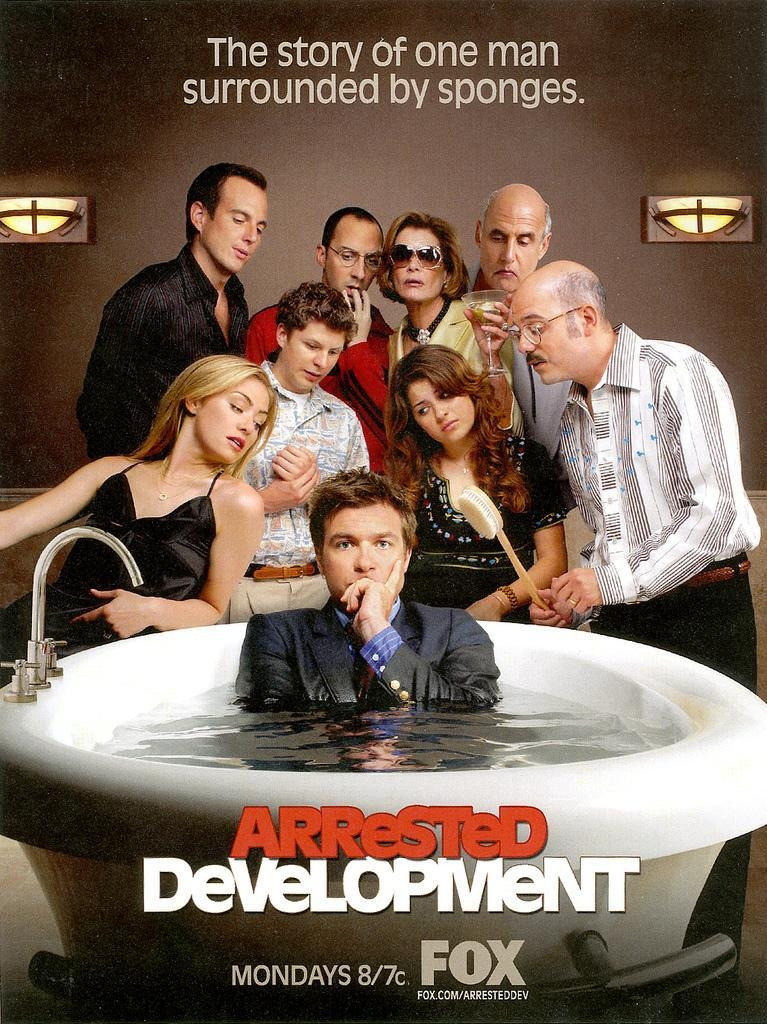 Arrested Development is an American television sitcom created by Mitchell Hurwitz, which originally aired on Fox for three seasons from November 2, 2003, to February 10, 2006. The show follows the Bluths, a formerly wealthy dysfunctional family. It is presented in a serialized format, incorporating handheld camera work, voice-over narration, archival photos, and historical footage. The show maintains numerous running gags and catchphrases. Ron Howard serves as both an executive producer and the omniscient narrator and, in later seasons, appears in the show portraying a fictionalized version of himself. Set in Newport Beach, California, Arrested Development was filmed primarily in Culver City and Marina del Rey.