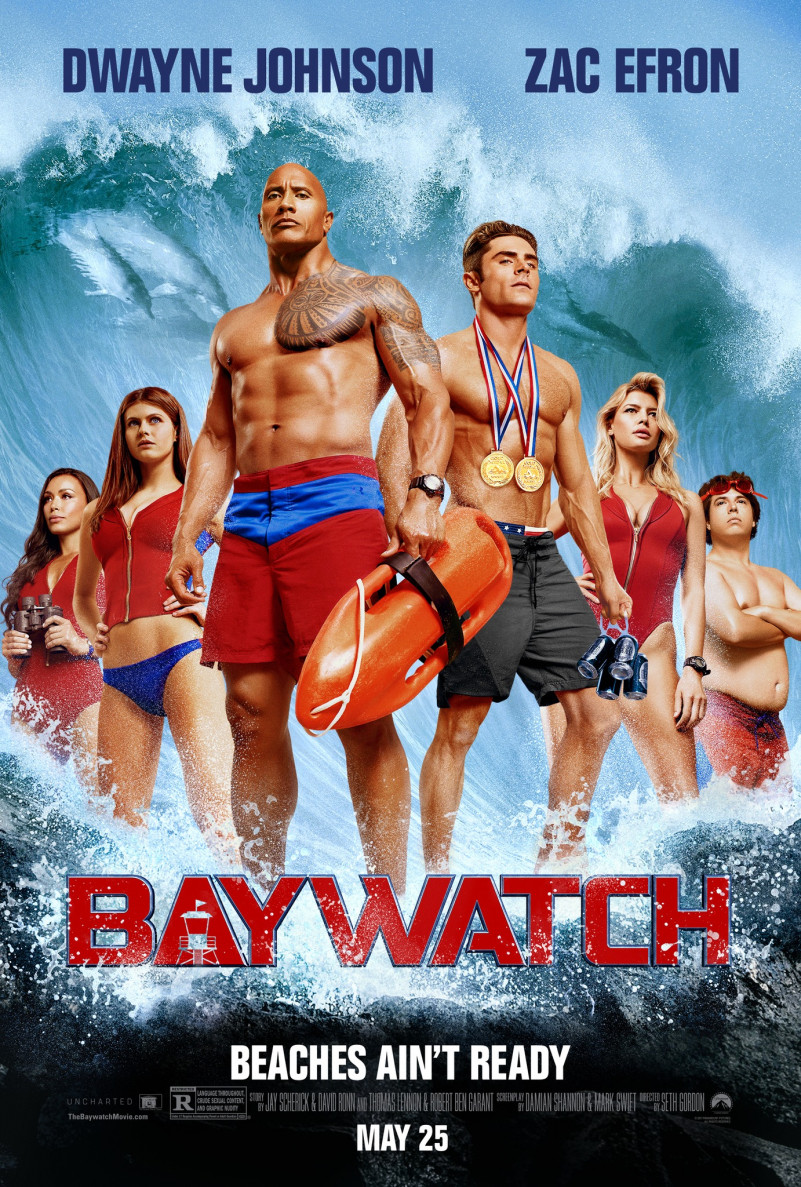 Baywatch is a 2017 American action comedy film based on the television series created by Michael Berk, Douglas Schwartz, and Gregory J. Bonann. The film was directed by Seth Gordon, written by Mark Swift and Damian Shannon (from a story by Jay Scherick, David Ronn, Thomas Lennon, and Robert Ben Garant), and stars Dwayne Johnson, Zac Efron, Jon Bass, Alexandra Daddario, Kelly Rohrbach and Priyanka Chopra. The story follows lifeguard Mitch Buchannon and his team who must take down a drug lord in an effort to save their beach.

The text “Baywatch” on the poster we identify is created by Baywatch Font.