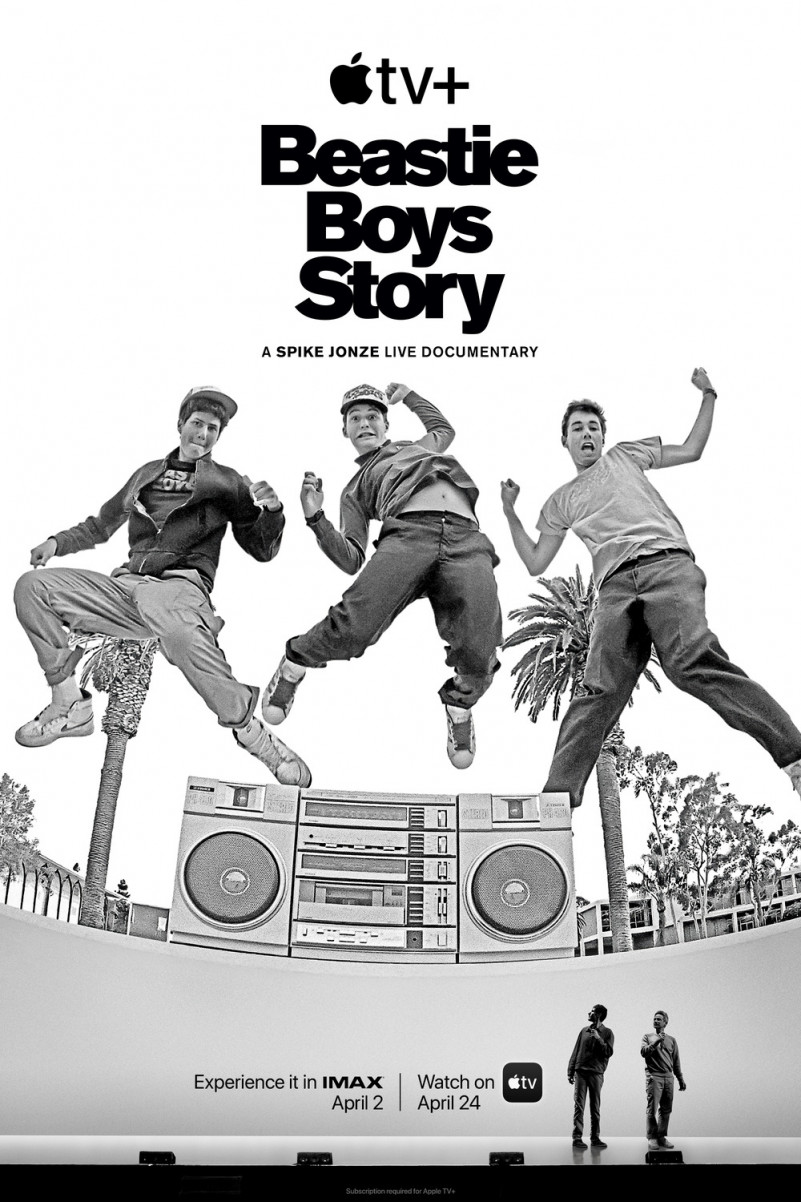 Beastie Boys Story is a 2020 American documentary film, directed, produced, and written by Spike Jonze, alongside Michael Diamond, Adam Horovitz. It follows Diamond and Horovitz, following their friendship and the Beastie Boys. It is scheduled to be released in a limited release on April 3, 2020, followed by digital streaming on April 24, 2020, by Apple TV+.

The text on the poster we identify is created by Akzidenz Grotesk Super Font. Berthold first published Akzidenz-Grotesk in 1898. Originally named “Accidenz-Grotesk” the design originates from Royal Grotesk light by royal type-cutter Ferdinand Theinhardt. The Theinhardt foundry later merged with Berthold and also supplied the regular, medium and bold weights.