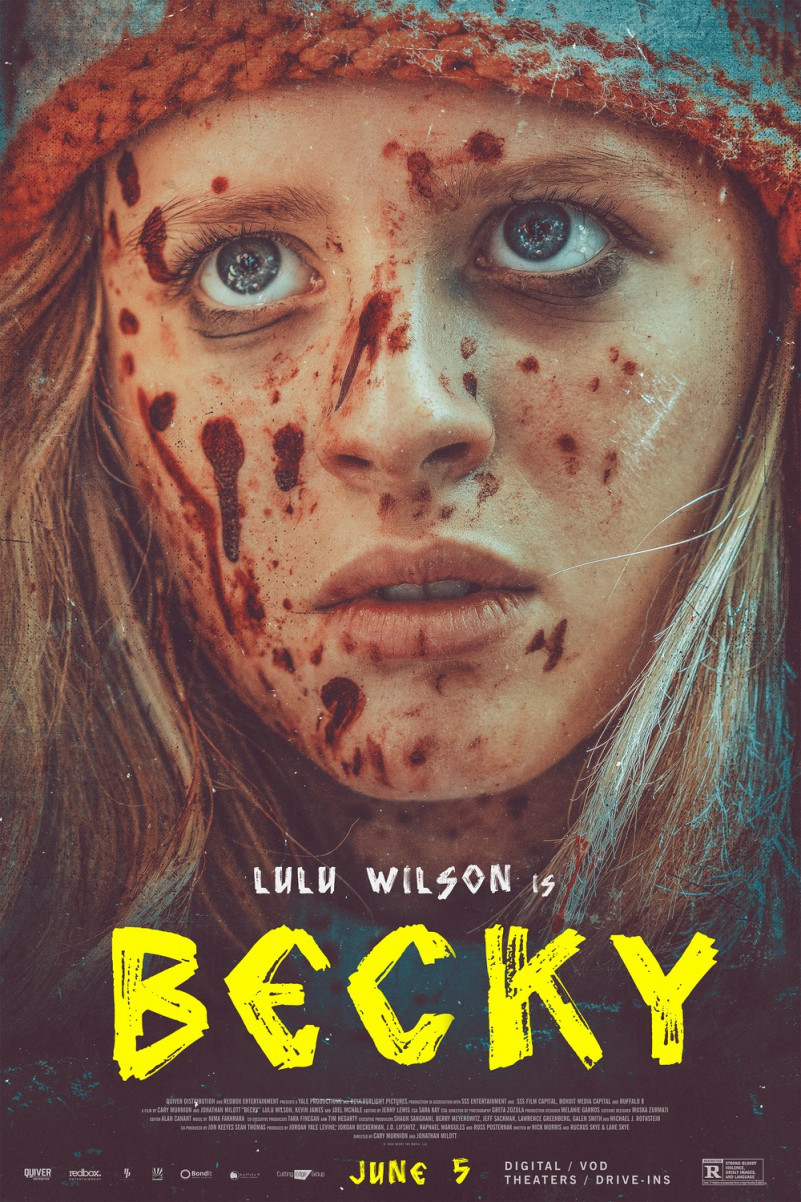 Becky is a 2020 American action thriller film directed by Jonathan Milott and Cary Murnion, from a screenplay by Nick Morris, Lane Skye and Ruckus Skye. It stars Lulu Wilson, Kevin James and Joel McHale, and follows a young girl who must defend her home from a group of escaped convicts.

Becky was scheduled to have its world premiere at the Tribeca Film Festival in April 2020, but the festival was postponed due to the COVID-19 pandemic. It was released on video-on-demand, digital platforms and in select drive-in theaters on June 5, 2020, by Quiver Distribution and Redbox Entertainment. The film received mixed reviews from critics, though many praised Wilson’s performance.

“Vtks Animal 2” is the font used in Becky poster.