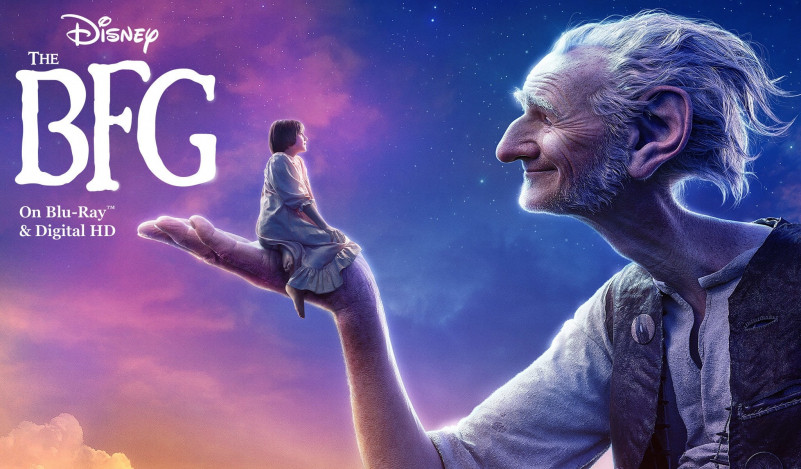 The BFG is a 2016 American fantasy adventure film directed and co-produced by Steven Spielberg, written by Melissa Mathison and based on the 1982 novel of the same name by Dahl. The film stars Mark Rylance, Ruby Barnhill, Penelope Wilton, Jemaine Clement, Rebecca Hall, Rafe Spall and Bill Hader. In the film, a 10-year-old orphaned girl named Sophie befriends a benevolent giant dubbed the “Big Friendly Giant”, who takes her to Giant Country, where they attempt to stop the man-eating giants that are invading the human world.

“BFG” is the font used in BFG poster.