Bird Box is a 2018 American post-apocalyptic horror film directed by Susanne Bier from a screenplay written by Eric Heisserer, and based on the 2014 novel of the same name by Josh Malerman. The film follows a woman, played by Sandra Bullock, as she tries to protect herself and two children from malevolent supernatural entities that make people who look at them go insane and commit suicide. 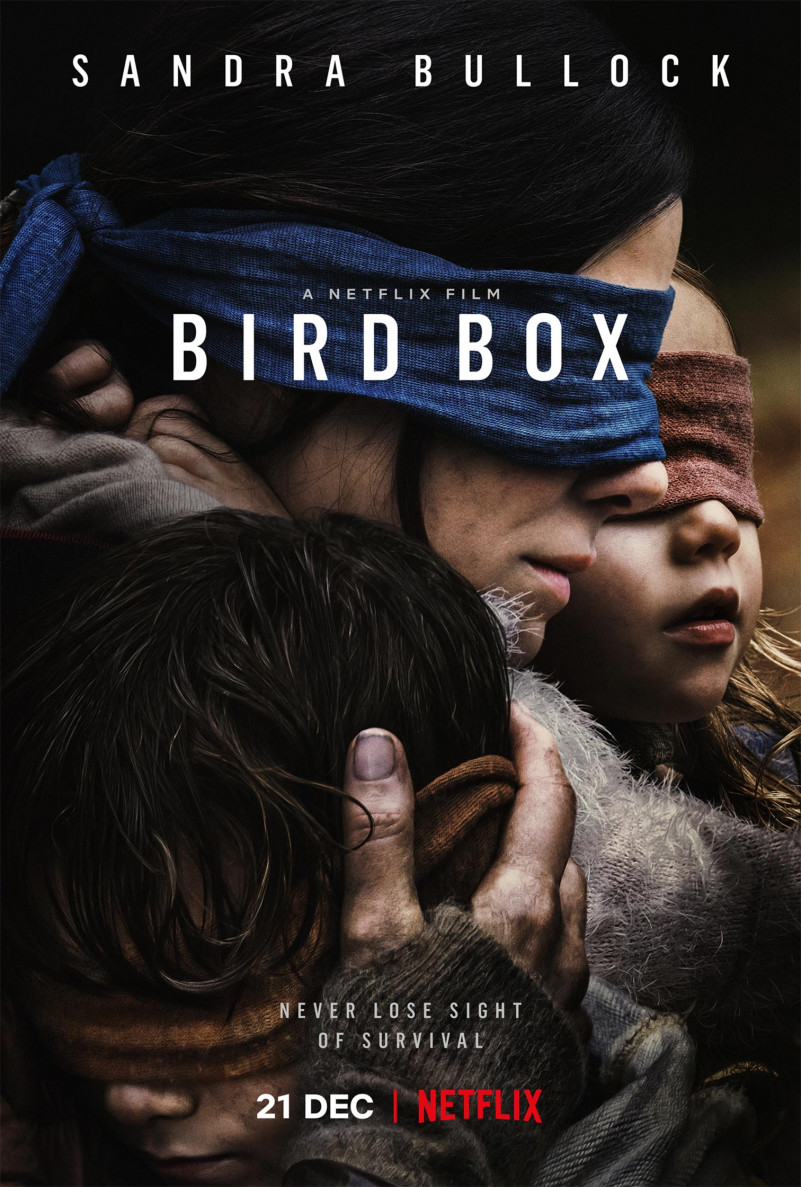 The font used for Bird Box is Flama Condensed. Mário Feliciano’s Flama is an unornamented sans serif initially designed for signage which mixes aspects of European and American sans serifs. Flama was initally released with 5 weights in roman and italic, and is now 45 styles across 4 widths, including Thin weights which were commissioned by Black Book magazine. With its ‘neutral’ flavour, Flama proves to be highly efficient for signage, corporate as well as for editorial design.