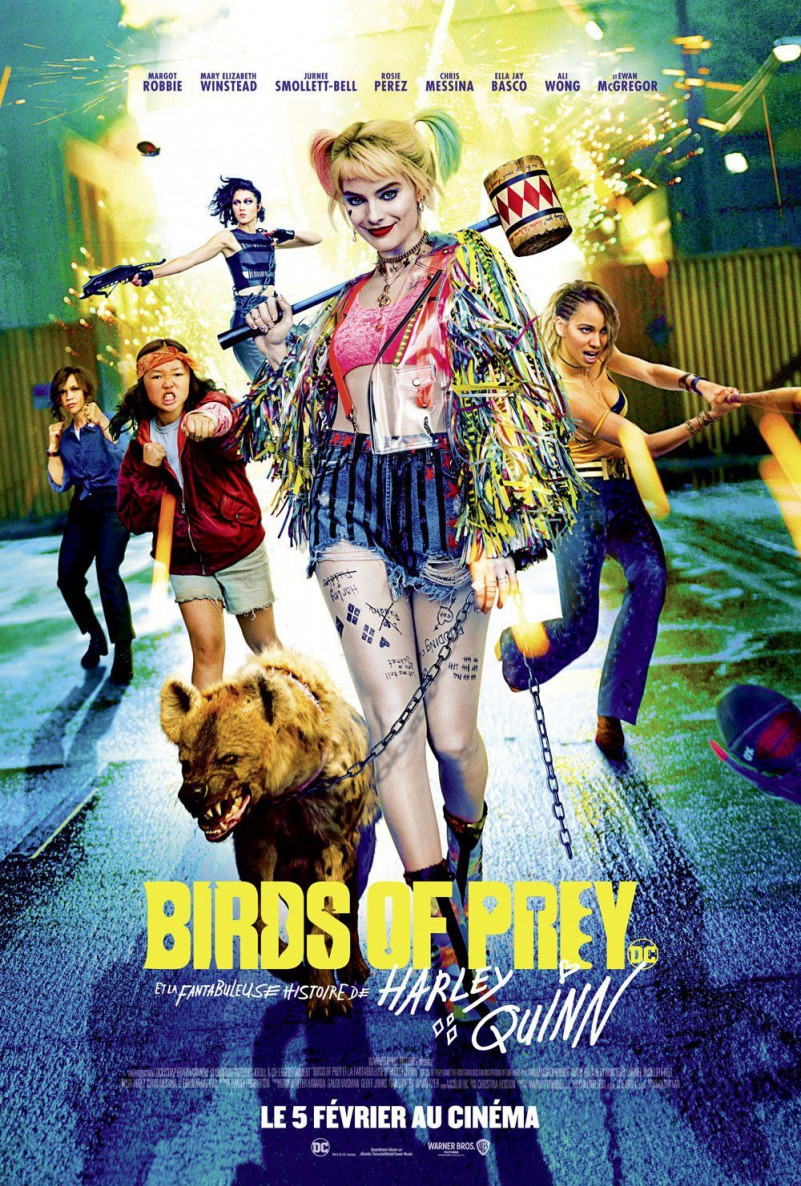 Birds of Prey (and the Fantabulous Emancipation of One Harley Quinn) is a 2020 American superhero film based on the DC Comics team Birds of Prey. Distributed by Warner Bros. Pictures, it is the eighth installment in the DC Extended Universe and a follow-up to Suicide Squad (2016). It was directed by Cathy Yan and written by Christina Hodson, and it stars Margot Robbie, Mary Elizabeth Winstead, Jurnee Smollett-Bell, Rosie Perez, Chris Messina, Ella Jay Basco, Ali Wong, and Ewan McGregor. The film follows Harley Quinn as she joins forces with Helena Bertinelli, Dinah Lance, and Renee Montoya to save Cassandra Cain from Gotham City crime lord Roman Sionis.

The text “Birds of Prey” on the poster we identify is created by SUperHERO Font.