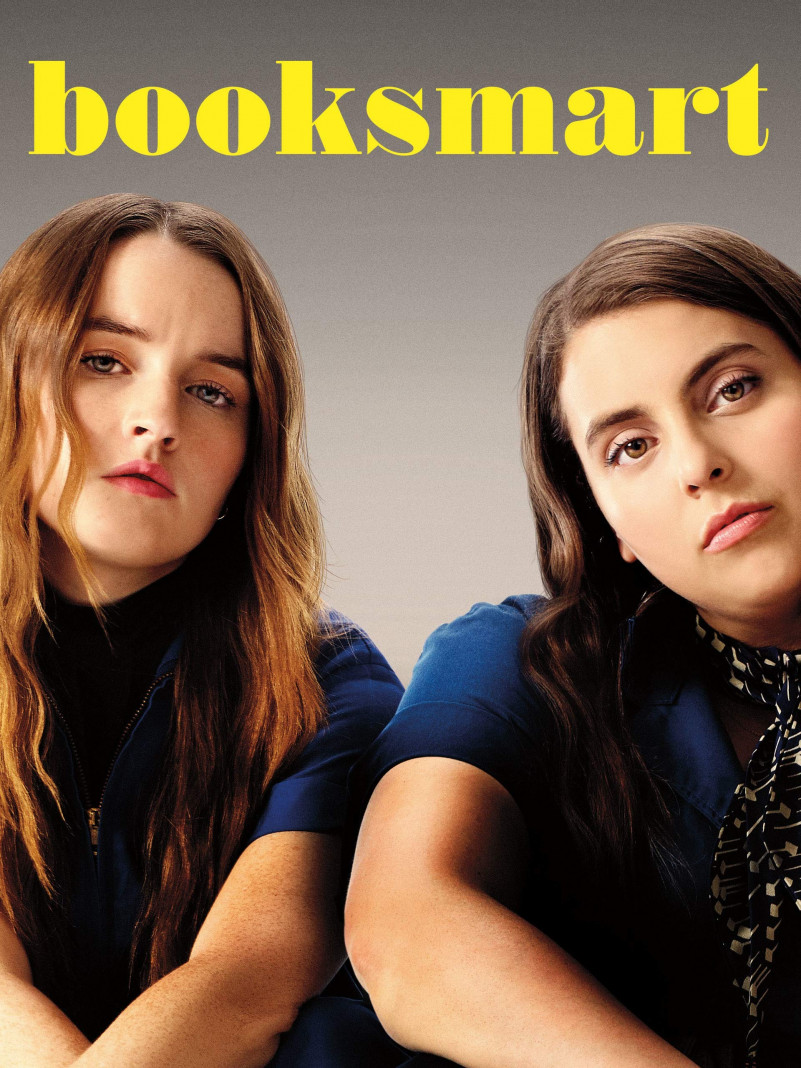 Booksmart is a 2019 American coming-of-age comedy film directed by Olivia Wilde (in her feature directorial debut), from a screenplay by Emily Halpern, Sarah Haskins, Susanna Fogel, and Katie Silberman. It stars Beanie Feldstein and Kaitlyn Dever as two graduating high school girls who set out to finally break the rules and party on their last day of classes; Jessica Williams, Will Forte, Lisa Kudrow, and Jason Sudeikis also star. Will Ferrell and Adam McKay executive produced the film through Gloria Sanchez Productions.

The text on the poster we identify is created by Normande Font. Normande was published by Bitstream. Normande contains 2 styles and family package options.