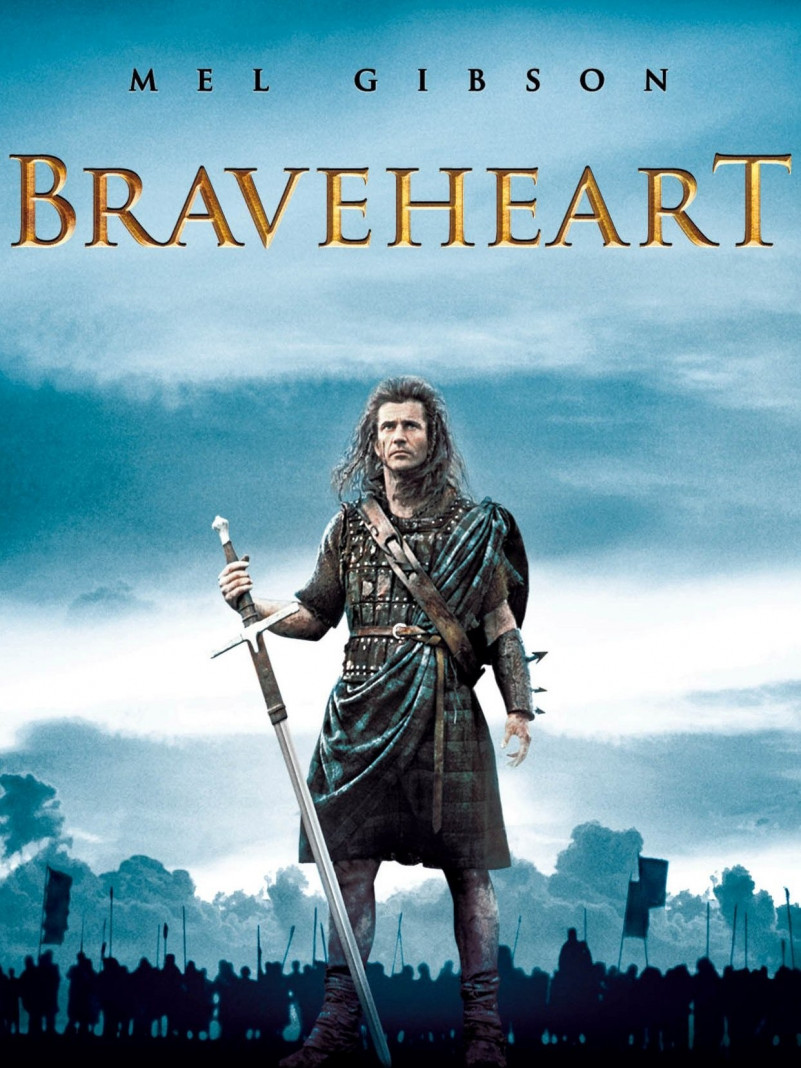 Mel Gibson’s “Braveheart” is the epic of the bloody William Wallace, a legendary warrior who led his nation in the war against the British around 1300. The film is ambitious and evokes simple emotions such as love, patriotism, and betrayal, and avoids the style of describing tumultuous historical journeys. Its spaces are green, moist, moody, muddy and uneven.

The text “Braveheart ” on the poster we identify is created by Trajan Font. Trajan Pro was designed by Carol Twombly and published by Adobe. Trajan Pro contains 2 styles and family package options.