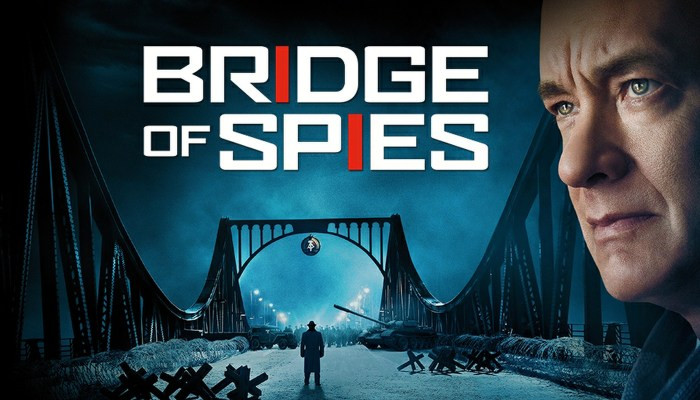 Bridge of Spies is a 2015 historical drama film directed and co-produced by Steven Spielberg, written by Matt Charman and the Coen brothers, and starring Tom Hanks, Mark Rylance, Amy Ryan, and Alan Alda. Set during the Cold War, the film tells the story of lawyer James B. Donovan, who is entrusted with negotiating the release of Francis Gary Powers—a U.S. Air Force pilot whose U-2 spy plane was shot down over the Soviet Union in 1960—in exchange for Rudolf Abel, a convicted Soviet KGB spy held under the custody of the United States, whom he represented at trial. The name of the film refers to the Glienicke Bridge, which connects Potsdam with Berlin, where the prisoner exchange took place. The film was an international co-production of the United States and Germany.

What’s the font used for Bridge of Spies?

The font used for Bridge of Spies is Agency FB Bold Extended. Designed by David Berlow.

Since it was founded in 1989 by David Berlow and Roger Black, Font Bureau has created custom typefaces for almost every major American publication, and grown a retail library of innovative designs like Benton Sans, Interstate, and the Poynter series. The decisions about what designs to produce and how to craft them draw upon a base of typographic knowledge built firmly on hundreds of years of tradition. This remains the essence of what Font Bureau does.