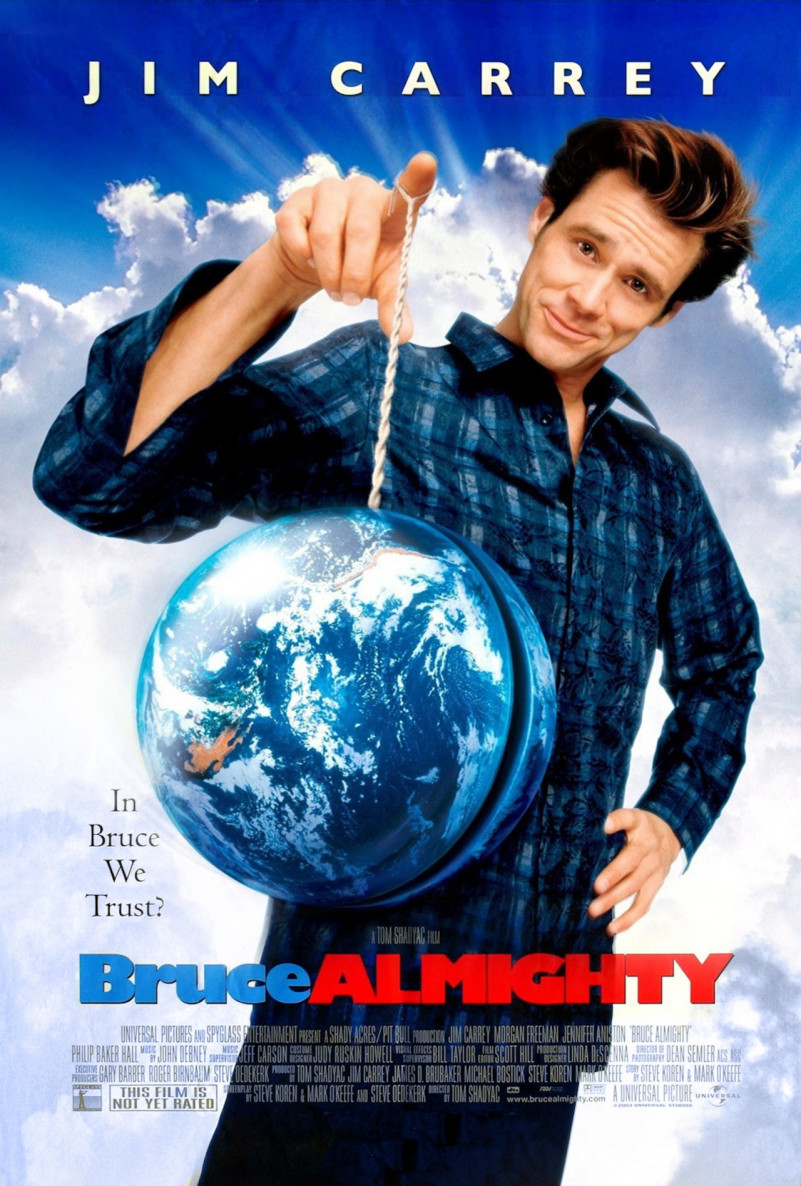 Bruce Almighty is a fantasy comedy movie. The film is directed by Tom Shadyac and its screenplay is written by Steve Koren, Mark O’Keefe and Steve Oedekerk. Bruce Almighty stars Jim Carrey as Bruce Nolan, who is a TV reporter complaining to God (Morgan Freeman) that he is not doing his job flawlessly.

This down-on-his-luck TV reporter is offered to try being God himself for one week. Jennifer Aniston, Lisa Ann Walter, Philip Baker Hall, and Steve Carell are among the other stars of this film. This film is the third collaboration between Shadyac and Carrey.

The text on the poster we identify is created by  Gill Sans Font. Gill Sans was designed by Eric Gill and published by Monotype. Gill Sans contains 21 styles and family package options.