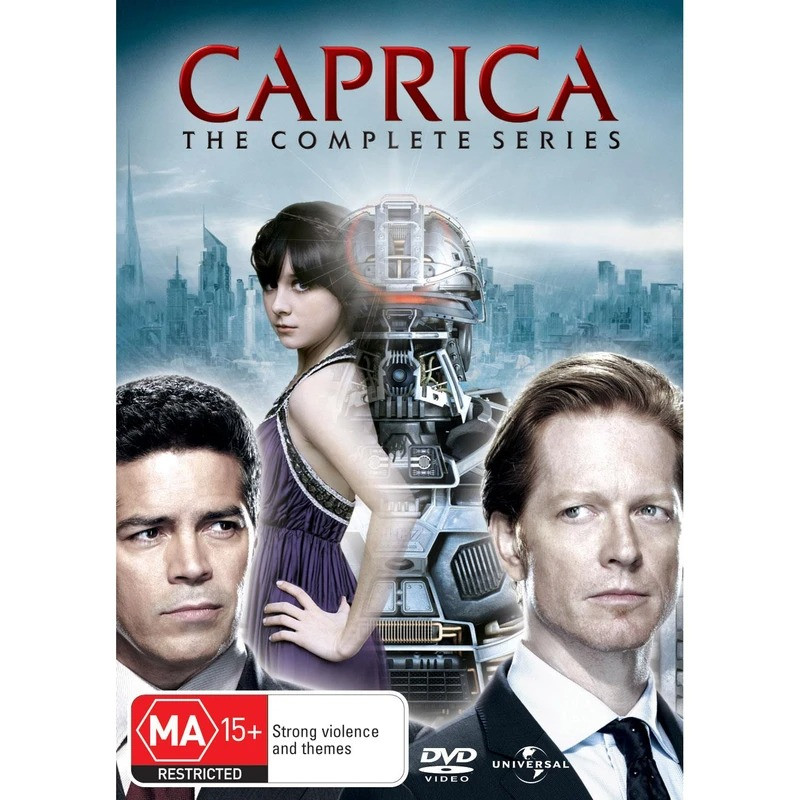 Caprica is an American science fiction drama television series. A spin-off prequel of the re-imagined Battlestar Galactica taking place 58 years before the cataclysmic destruction of the twelve colonies of Kobol, Caprica shows how humanity first created the Cylon androids who would later turn against their human masters. Among Caprica’s main characters are the father and uncle of William Adama, the man who becomes the senior surviving military leader of the fleet which represents the remnants of the Twelve Colonies in Battlestar Galactica.