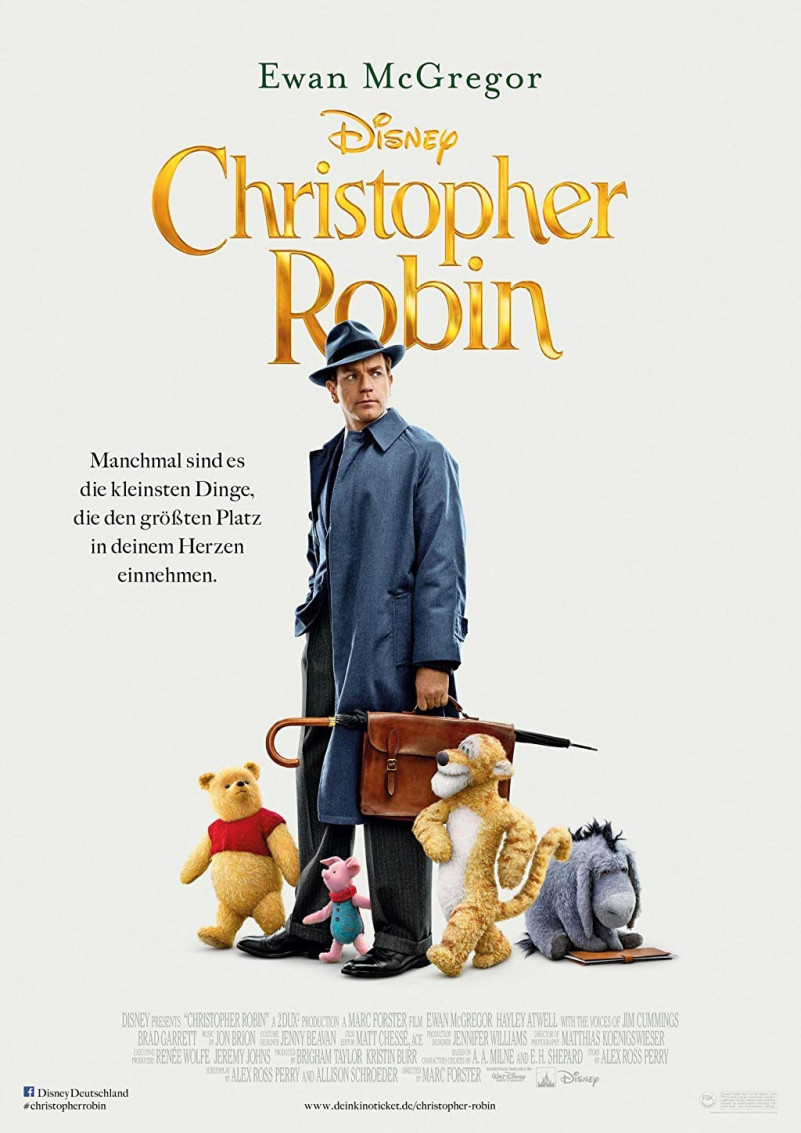 Christopher Robin is a 2018 American fantasy comedy-drama film directed by Marc Forster and written by Alex Ross Perry, Tom McCarthy, and Allison Schroeder, from a story by Greg Brooker and Mark Steven Johnson. The film is inspired by A. A. Milne and E. H. Shepard’s Winnie-the-Pooh books and is a live-action/CGI follow-up of the Disney franchise of the same name. The film stars Ewan McGregor as the title character, alongside Hayley Atwell as his wife Evelyn, Mark Gatiss as Cristopher Robin´s unfair boss and Bronte Carmichael as their daughter Madeline Robin with the voices of Jim Cummings, Brad Garrett, Nick Mohammed, Peter Capaldi, Sophie Okonedo, Sara Sheen, and Toby Jones. The story follows an adult Christopher Robin as he loses his sense of imagination, only to be reunited with his old stuffed bear friend, Winnie-the-Pooh.

The text “Christopher Robin” on the poster we identify is created by Christopher Robin Font. This font is designed by FZ Fonts. You can use the font in your personal and commercial projects. Simply download it from the link below.