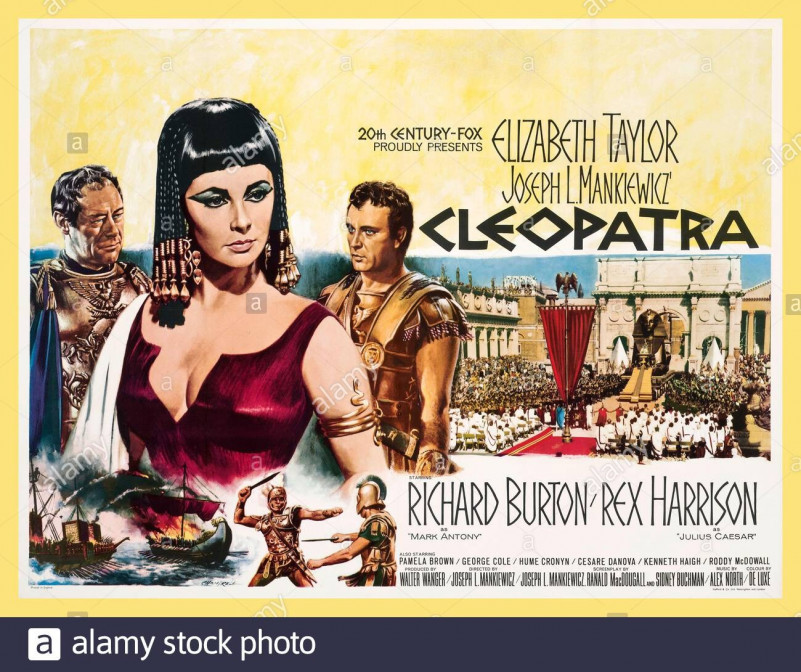 Cleopatra is a 1963 American epic historical drama film directed by Joseph L. Mankiewicz, with a screenplay adapted by Mankiewicz, Ranald MacDougall and Sidney Buchman from the 1957 book The Life and Times of Cleopatra by Carlo Maria Franzero, and from histories by Plutarch, Suetonius, and Appian. It stars Elizabeth Taylor in the eponymous role. Richard Burton, Rex Harrison, Roddy McDowall, and Martin Landau are featured in supporting roles. It chronicles the struggles of Cleopatra, the young Queen of Egypt, to resist the imperial ambitions of Rome.

“Cleopatra ” is the font used in Cleopatra poster.