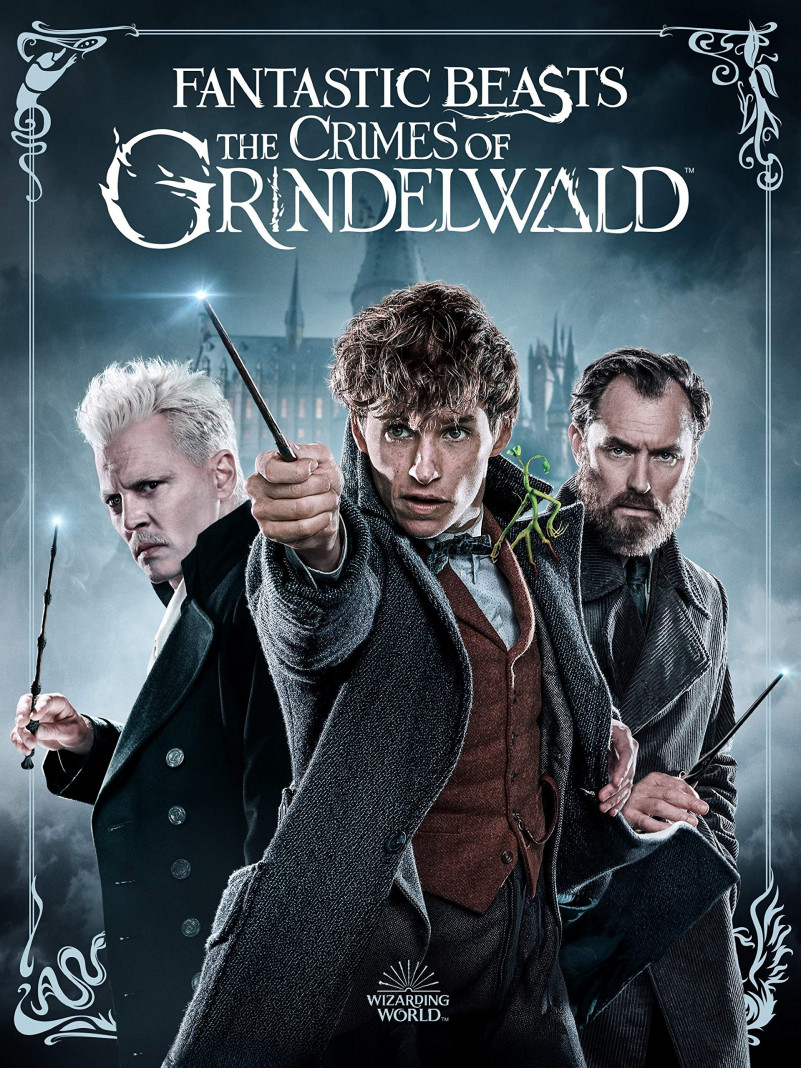 Fantastic Beasts: The Crimes of Grindelwald is a 2018 fantasy film directed by David Yates and written by J. K. Rowling. A joint American and British production, it is the sequel to Fantastic Beasts and Where to Find Them (2016). It is the second installment in the Fantastic Beasts film series and the tenth overall in the Wizarding World franchise, which began with the Harry Potter film series. The film features an ensemble cast that includes Eddie Redmayne, Katherine Waterston, Dan Fogler, Alison Sudol, Ezra Miller, Zoë Kravitz, Callum Turner, Claudia Kim, William Nadylam, Kevin Guthrie, Jude Law, and Johnny Depp. The plot follows Newt Scamander and Albus Dumbledore as they attempt to take down the dark wizard Gellert Grindelwald while facing new threats in a more divided wizarding world.