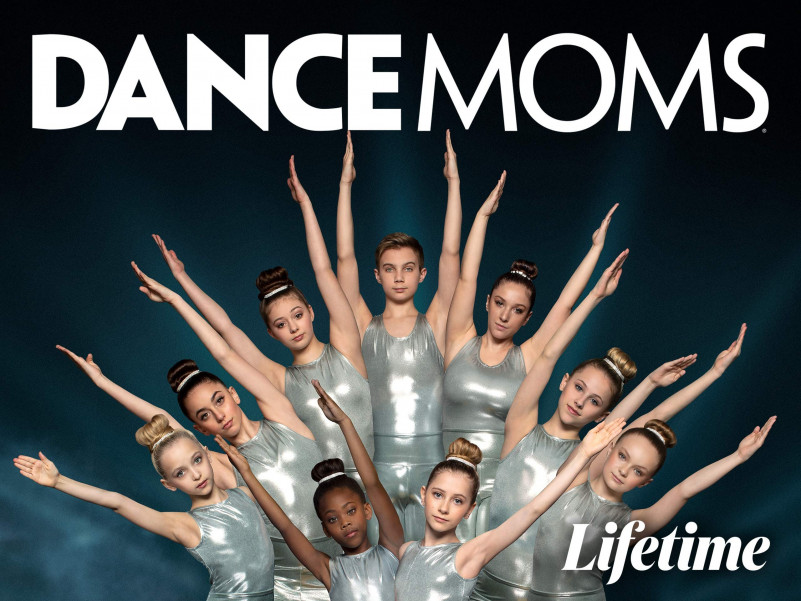 Dance Moms is an American reality television series that debuted on Lifetime on July 13, 2011. Created by Collins Avenue Productions, the show follows the training and careers of children in dance and show business under the tutelage of Abby Lee Miller as well as the relationships between Miller, the dancers, and their often bickering mothers. Set originally in Pittsburgh, Pennsylvania, and later in Los Angeles, California, the show is primarily filmed at the Abby Lee Dance Company (ALDC) studios. The show follows the girls on the ALDC Junior Elite Competition Team as they learn their dances and then compete them at dance competitions all across the country.

The text on the poster we identify is created by Penumbra Font.  Penumbra Sans was designed by Lance Hidy and published by Adobe. Penumbra Sans contains 4 styles and family package options.