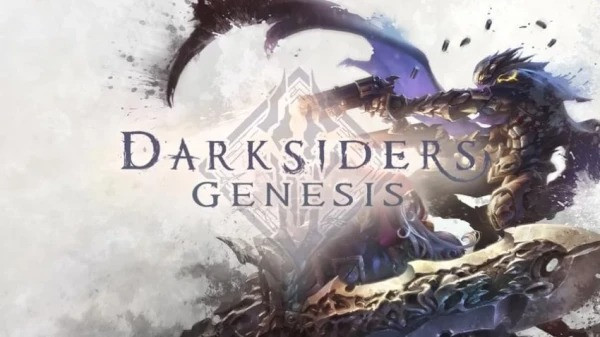 Darksiders Genesis is a top-down hack and slash action role-playing video game developed by American studio Airship Syndicate and published by THQ Nordic. The game was released for Stadia and Microsoft Windows on December 5, 2019, and was released on the Nintendo Switch, PlayStation 4, and Xbox One on February 14, 2020. It is considered a spin-off prequel game in the Darksiders series and introduces the fourth Horseman of the Apocalypse, Strife, as the protagonist. Strife can also team up with his brother, War. Upon release, the game received positive reviews, with many reviewers praising the combat.

The text “Darksiders Genesis” on the poster we identify is created by Requiem Font.