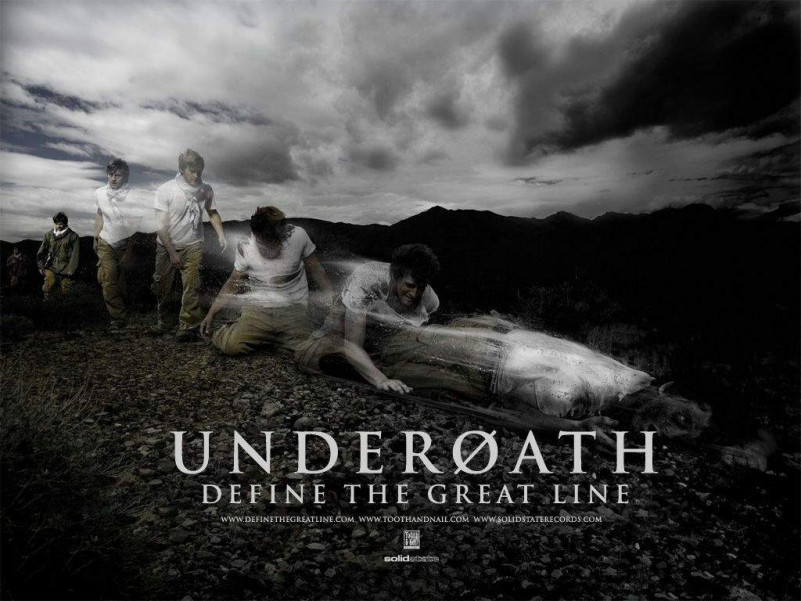 Define the Great Line is the fifth album by American rock band Underoath. The album was released in the United States on June 20, 2006, along with a limited edition version containing exclusive artwork and DVD. For the recording of this album, Underoath’s usual producer, James Paul Wisner, was replaced by Adam Dutkiewicz of Killswitch Engage and Matt Goldman. The album debuted at No. 2 on the Billboard 200 charts selling over 98,000 copies in its first week, and within a week of its release it became the highest charting Christian album on the Billboard 200 since 1997.