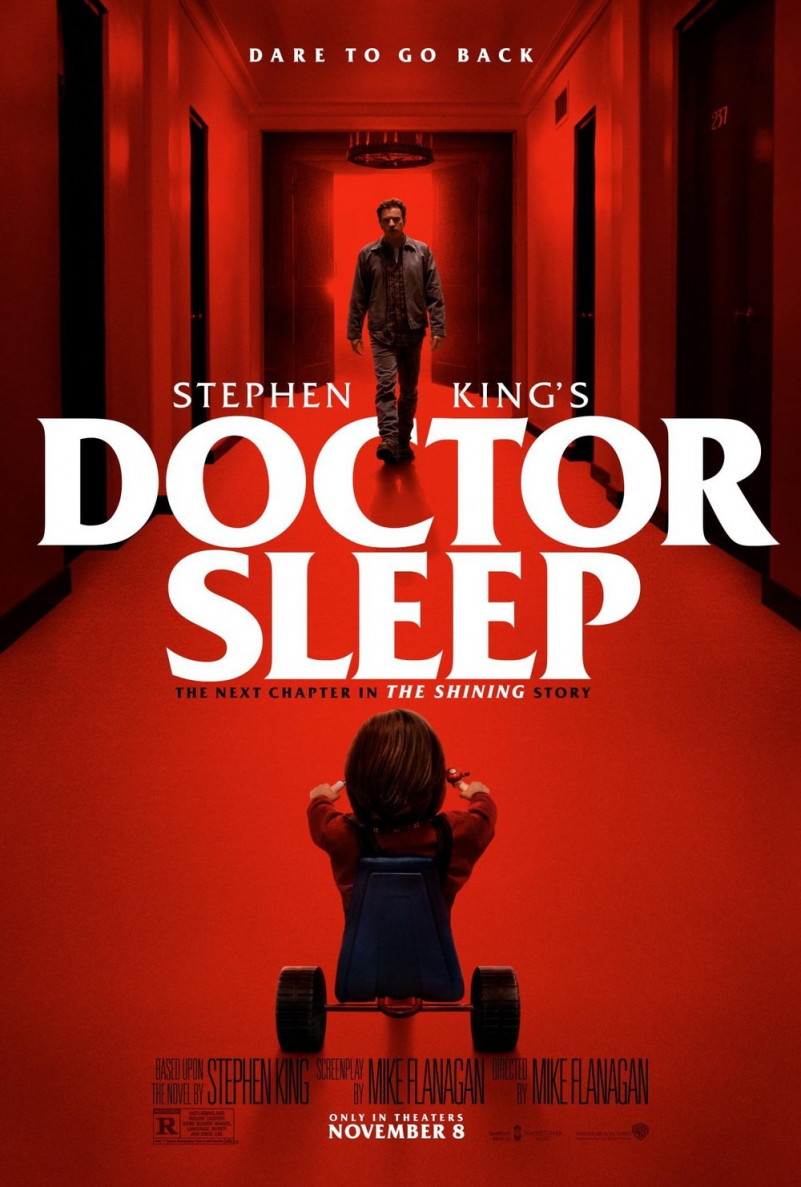 Doctor Sleep is a 2019 American supernatural horror film written and directed by Mike Flanagan. It is based on the 2013 novel of the same name by Stephen King, a sequel to King’s 1977 novel The Shining. The film, which also serves as a direct sequel to the film adaptation of The Shining, directed by Stanley Kubrick, is set several decades after the events of the original and combines elements of the 1977 novel as well. Ewan McGregor plays the lead role as Danny Torrance, a man with psychic abilities who struggles with childhood trauma. Rebecca Ferguson, Kyliegh Curran, and Cliff Curtis have supporting roles. In the film, Dan Torrance, now an adult, must protect a young girl with similar powers from a cult known as the True Knot, whose members prey on children to extend their lives.

The text “Doctor Sleep” on the poster we identify is created by Friz Quadrata Bold Font.