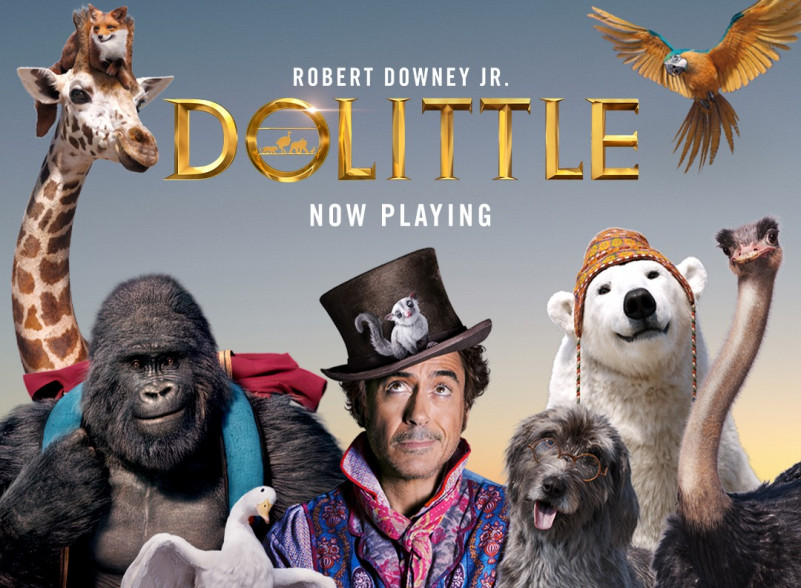 Dolittle is a 2020 American fantasy comedy adventure film directed by Stephen Gaghan from a screenplay by Gaghan, Dan Gregor, and Doug Mand, based on a story by Thomas Shepherd. A reboot of the original Doctor Dolittle film and its modern comedy counterparts, the film is based on the titular character created by Hugh Lofting and is primarily inspired by the author’s second Doctor Dolittle book, The Voyages of Doctor Dolittle. Robert Downey Jr. stars as the title character, alongside Antonio Banderas and Michael Sheen in live-action roles, with Emma Thompson, Rami Malek, John Cena, Kumail Nanjiani, Octavia Spencer, Tom Holland, Craig Robinson, Ralph Fiennes, Selena Gomez, and Marion Cotillard voicing a diverse array of creatures.