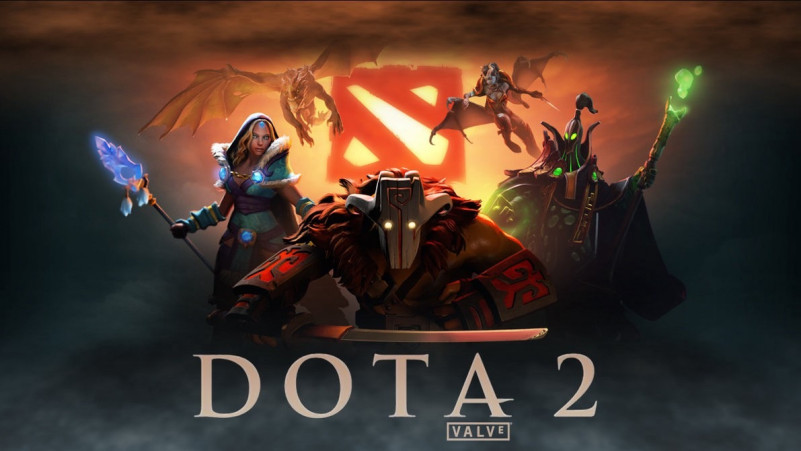 Dota 2 is a multiplayer online video game that is developed and published by Valve Corporation and is a sequel to Defense of the Ancients. This game is played between two teams with each team defending their own base. Each team has five players and these ten players each control a character that has all the powers ad abilities and is known to be the hero.

While playing each player collects different items and experience points for their character so that they can defeat the other team in a combat and the team that can destroy the other teams Ancient is the winner.

The development of this game began in 2009 and the game was released in 2013 for Microsoft Windows, OS X, and Linux-based personal computers via the digital distribution platform Steam.

The text “Dota 2” on the poster we identify is created by Trajan Font. Trajan Pro was designed by Carol Twombly and published by Adobe. Trajan Pro contains 2 styles and family package options.