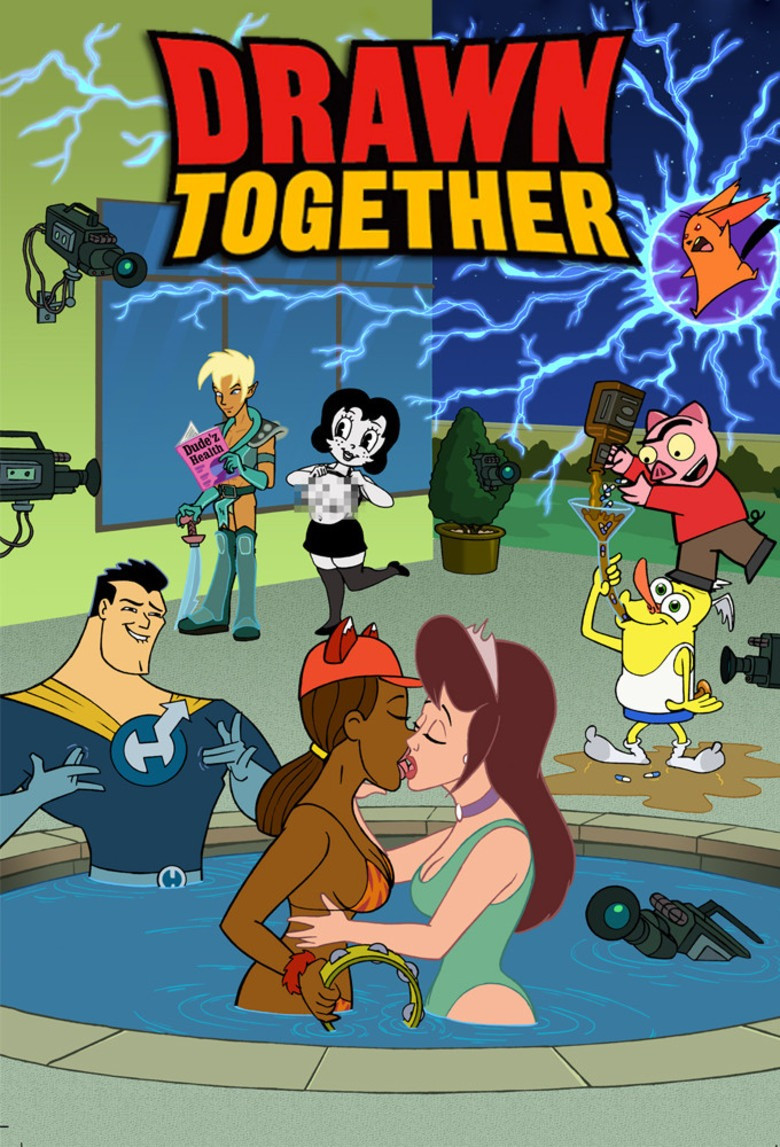 Drawn Together is an American adult animated television sitcom created by Dave Jeser and Matt Silverstein and premiered on Comedy Central on October 27, 2004. The series is a parody of The Real World and follows the misadventures of the housemates in the fictional show of the same name and uses a sitcom format with a reality TV show setting.

The font used for the Drawn Together poster is Knockout Font