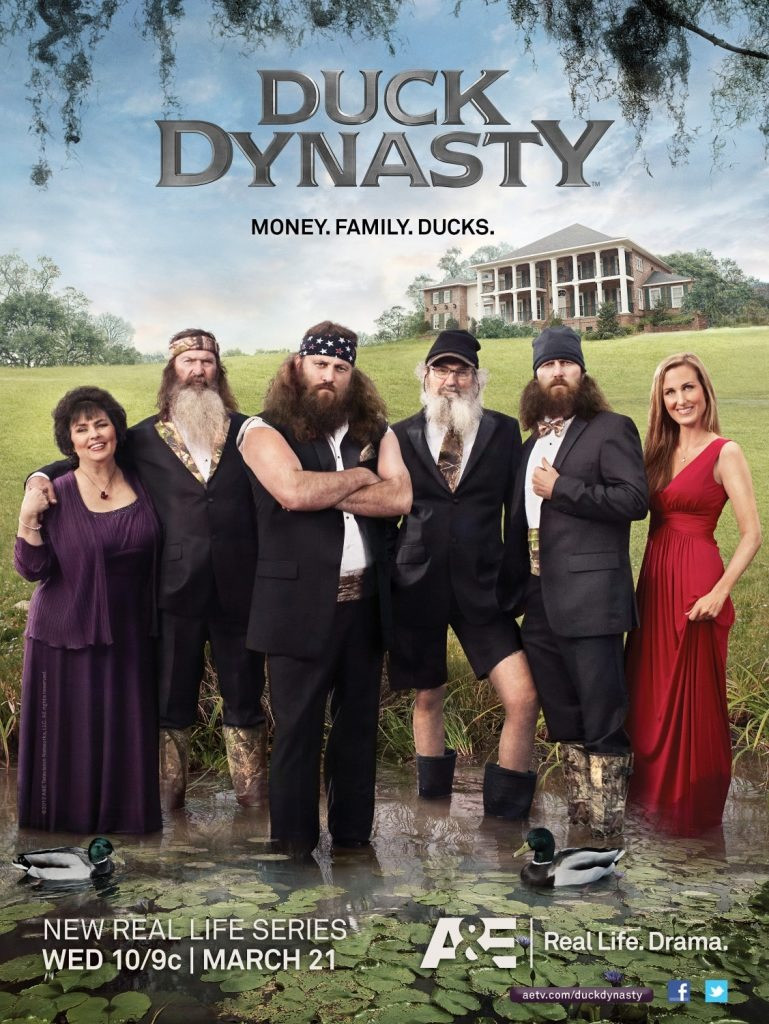 Duck Dynasty is an American reality television series that aired on A&E from 2012 to 2017. The series portrays the lives of the Robertson family, who became successful from their family-operated business, Duck Commander. The West Monroe, Louisiana business makes products for duck hunters, primarily a duck call called Duck Commander. The Robertson men—brothers Phil and Si, and Phil’s sons Alan, Jase, Willie, and Jep—are known for their long beards and their conservative, Evangelical Christian views.The family was previously featured on the series Benelli Presents Duck Commander and its spin-off, Buck Commander, on the Outdoor Channel; Outdoor Channel acquired rerun rights to Duck Dynasty in 2016.

The font used for the Duck Dynasty poster is ITC Newtext. ITC Newtext was designed by Ray Baker, who created a well designed and legible typeface and built into it every design refinement which could optimize its usefulness. The expanded shapes are generous and legible and the economical vertical set results in more lines to the page.