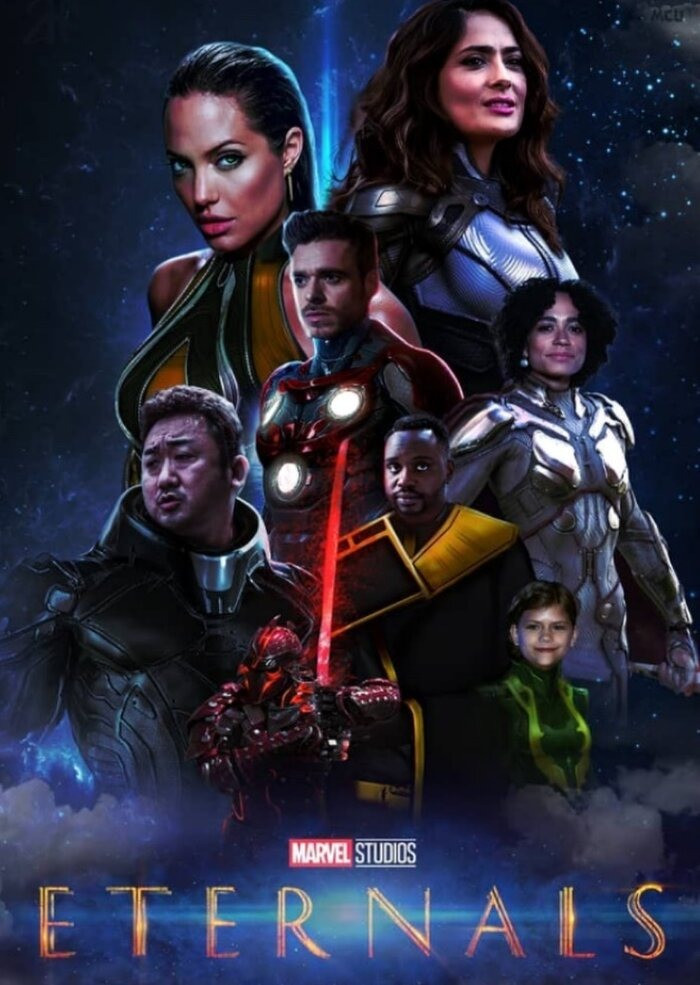 The Eternals is an upcoming American superhero film based on the Marvel Comics race of the same name. Produced by Marvel Studios and distributed by Walt Disney Studios Motion Pictures, it is intended to be the 25th film in the Marvel Cinematic Universe (MCU). The film is directed by Chloé Zhao and written by Kaz and Ryan Firpo. Richard Madden stars as Ikaris alongside Angelina Jolie, Salma Hayek, Gemma Chan, Kumail Nanjiani, Lauren Ridloff, Brian Tyree Henry, Kit Harington, Lia McHugh, Don Lee and Barry Keoghan. The film takes place after the events of Avengers: Endgame, in which the Eternals, who have hidden themselves for thousands of years, must re-unite to protect Earth from their enemies, the Deviants.

The text “Eternals” on the poster we identify is created by Caesar Font.