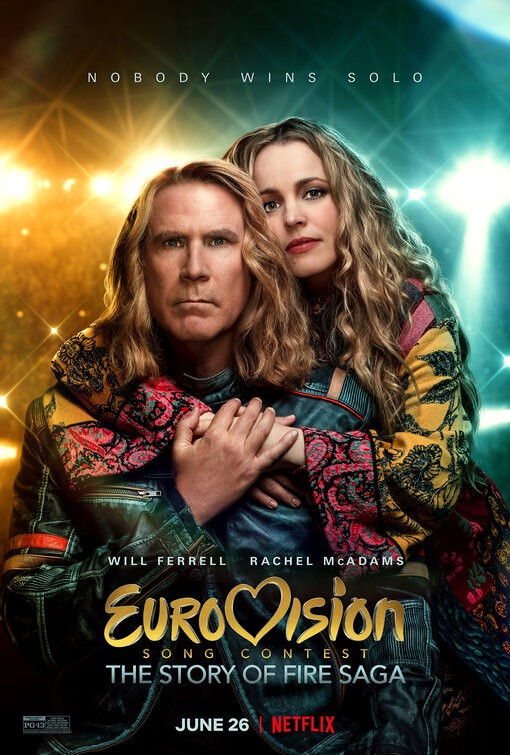 Eurovision Song Contest: The Story of Fire Saga is a 2020 American musical comedy film directed by David Dobkin and written by Andrew Steele and Will Ferrell. The film follows Icelandic singers Lars Erickssong and Sigrit Ericksdóttir (Ferrell and Rachel McAdams) as they are given the chance to represent their country at the Eurovision Song Contest. Pierce Brosnan, Dan Stevens, and Demi Lovato also star.

The text “Eurovision” on the poster we identify is created by Eurotype 2016 Font.