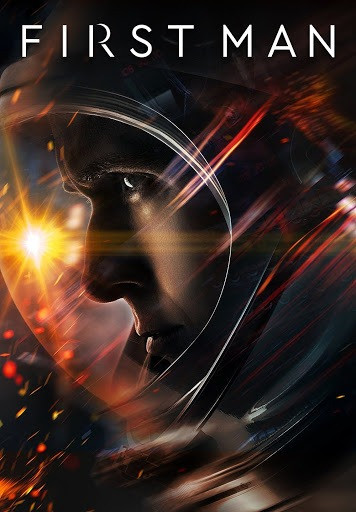 First Man is a 2018 American biographical drama film directed by Damien Chazelle and written by Josh Singer. Based on the 2005 book First Man: The Life of Neil A. Armstrong by James R. Hansen, the film stars Ryan Gosling as Neil Armstrong, alongside Claire Foy, Jason Clarke, Kyle Chandler, Corey Stoll, Ciarán Hinds, Christopher Abbott, Patrick Fugit, and Lukas Haas, and follows the years leading up to the Apollo 11 mission to the Moon in 1969. Steven Spielberg serves as an executive producer.

The text “First Man” on the poster we identify is created by First Man Movie Font.