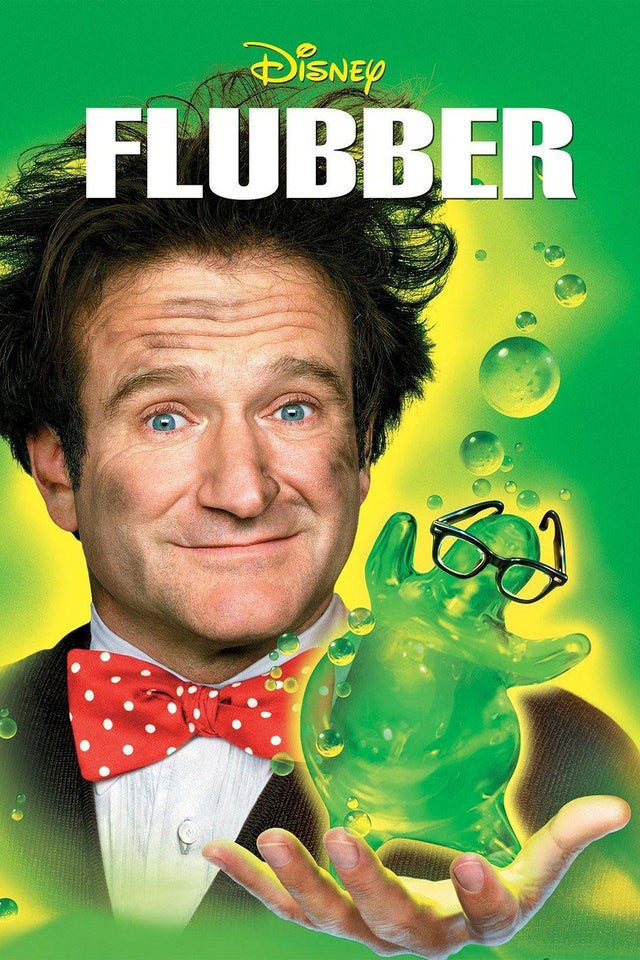 Flubber is a 1997 American science fiction comedy film directed by Les Mayfield (who had previously directed another John Hughes scripted remake, Miracle on 34th Street) and written by Hughes, based on an earlier screenplay by Bill Walsh. A remake of The Absent-Minded Professor (1961), the film was produced by Walt Disney Pictures and stars Robin Williams, Marcia Gay Harden, Christopher McDonald, Ted Levine, Raymond J. Barry, Wil Wheaton, and Clancy Brown with Jodi Benson providing a voice. The film grossed $178 million worldwide. In selected theatres, the Pepper Ann episode “Old Best Friend” was featured before the film.

The text on the poster we identify is created by Siesta N4 Font. Siesta was designed by Claudia Kipp and published by URW Type Foundry. Siesta contains 4 styles and family package options.