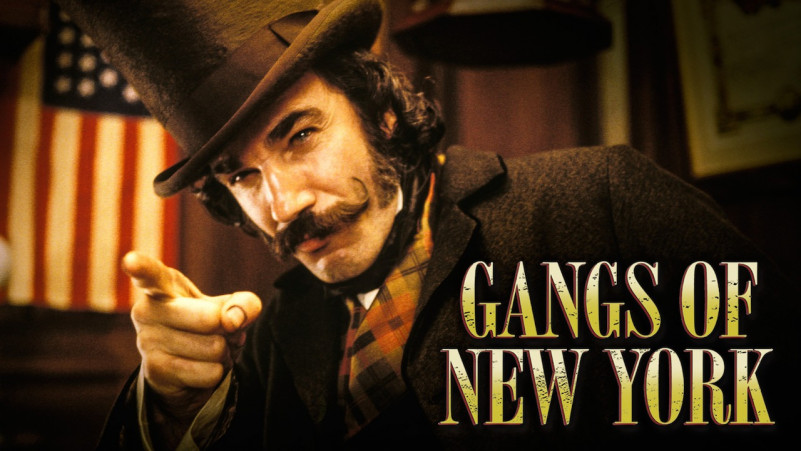 Set in the mid-19th century in the Five Points district of New York City, Gangs of New York is a 2002 American epic period drama film, inspired by Herbert Asbury’s 1927 nonfiction book of the same name.

“Bordeaux Std Bold” is the font used in Gangs of New York poster.