Getting Over It with Bennett Foddy Font 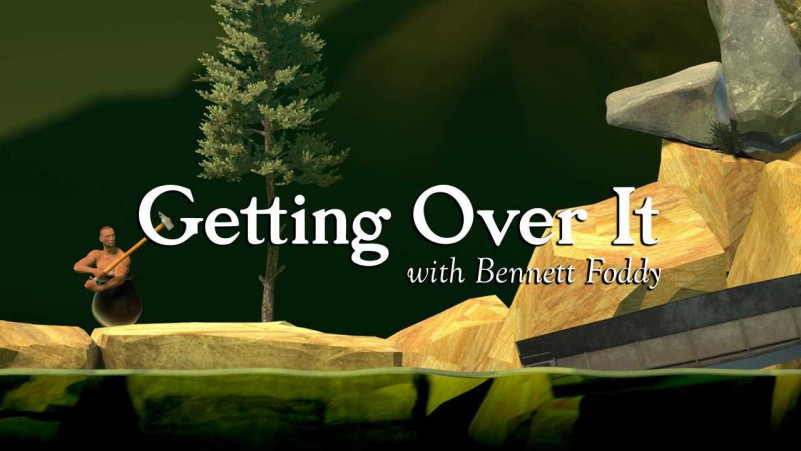 Getting Over It revolves around a silent man by the name of Diogenes – who, somewhat true to his namesake, resides in a large metal cauldron – and wields a Yosemite hammer, which he can use to grip objects and move himself. Using the mouse or trackpad (controllers are supported but make the game harder because of the lack of precision in the joysticks), the player tries to move the man’s upper body and sledge hammer in order to climb a steep mountain.

The game is accompanied by voice-over commentary by Bennett Foddy discussing various philosophical topics. The commentary also provides quotations relating to disappointment and perseverance when significant progress is lost by the player.

Getting Over It with Bennett Foddy Font