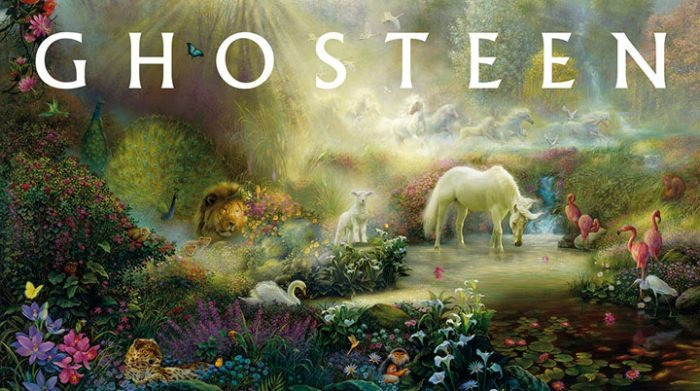 Ghosteen is the seventeenth studio album by the Australian rock band Nick Cave and the Bad Seeds. It was released on 4 October 2019 on Ghosteen Ltd and on 8 November 2019 on Bad Seed Ltd, both the band’s own imprints. Ghosteen is a double album—the band’s first since Abattoir Blues / The Lyre of Orpheus (2004)—and the final part of a trilogy of albums that includes Push the Sky Away (2013) and Skeleton Tree (2016).

The text on the poster we identify is created by Albertus Font. Albertus was designed by Berthold Wolpe and published by Monotype. Albertus contains 6 styles and family package options.