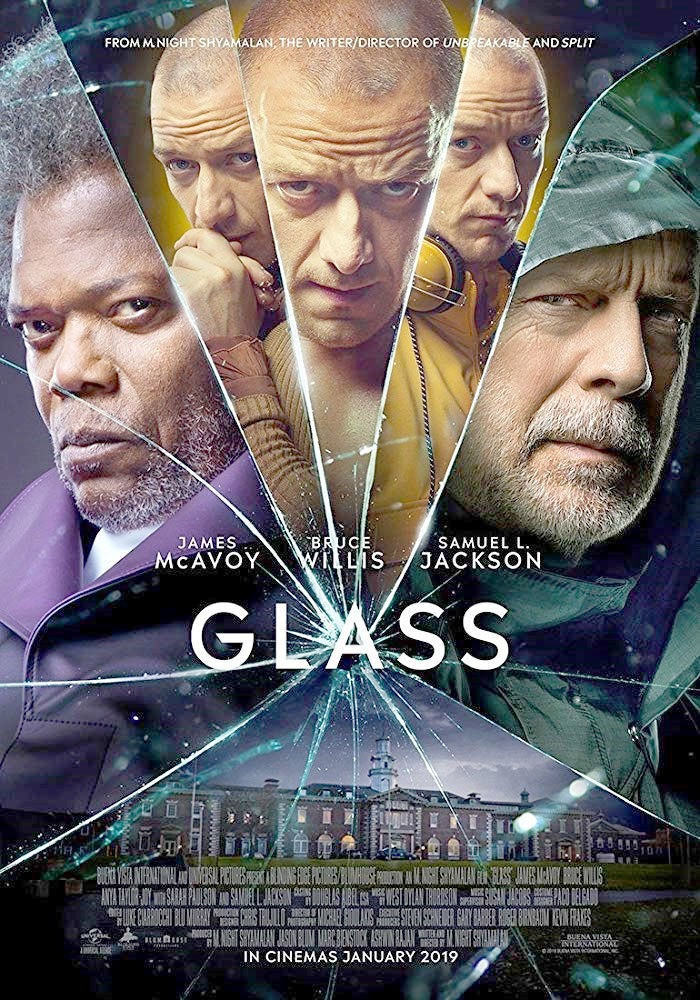 Glass is a 2019 American psychological superhero thriller film written and directed by M. Night Shyamalan, who also produced with Jason Blum, Marc Bienstock, and Ashwin Rajan. The film is a crossover and sequel to Shyamalan’s previous films Unbreakable (2000) and Split (2016) and the third and final installment in the Unbreakable trilogy a.k.a. Eastrail 177 Trilogy. Bruce Willis, Samuel L. Jackson, Spencer Treat Clark, and Charlayne Woodard reprise their Unbreakable roles, while James McAvoy and Anya Taylor-Joy return as their Split characters, with Sarah Paulson, Adam David Thompson, and Luke Kirby joining the cast.

The text “Glass” on the poster we identify is created by Glass Font.