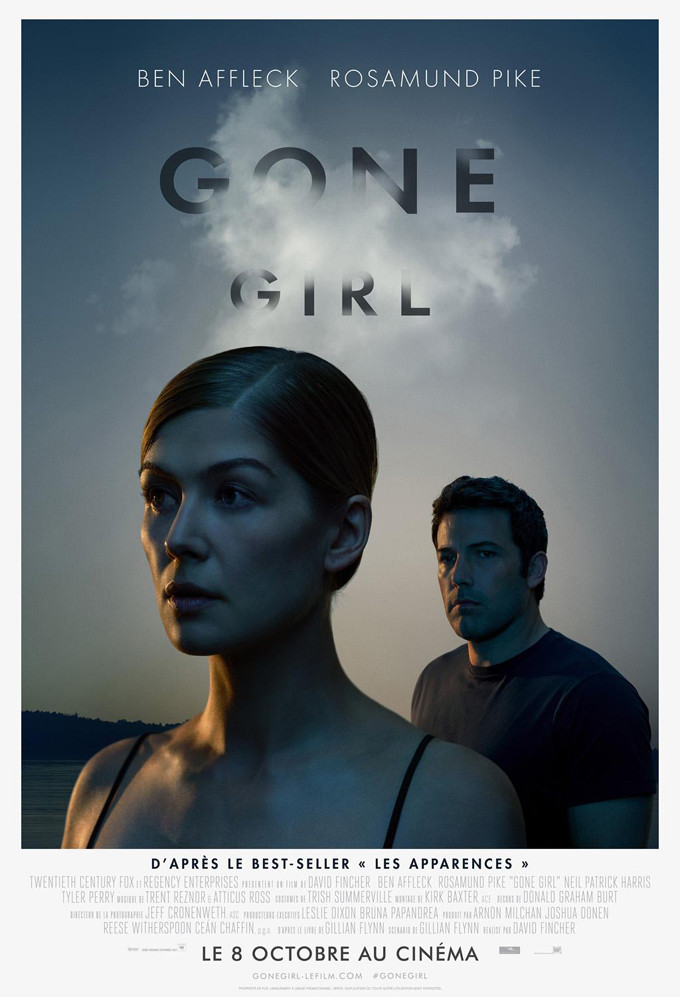 Gone Girl is a 2014 American psychological thriller film directed by David Fincher and with a screenplay by Gillian Flynn based on her 2012 novel of the same title. The film stars Ben Affleck, Rosamund Pike, Neil Patrick Harris, and Tyler Perry. Set in Missouri, the story begins as a mystery that follows the events surrounding Nick Dunne (Affleck), who becomes the prime suspect in the sudden disappearance of his wife Amy (Pike).

With his wife’s disappearance having become the focus of an intense media circus, a man sees the spotlight turned on him when it’s suspected that he may not be innocent.