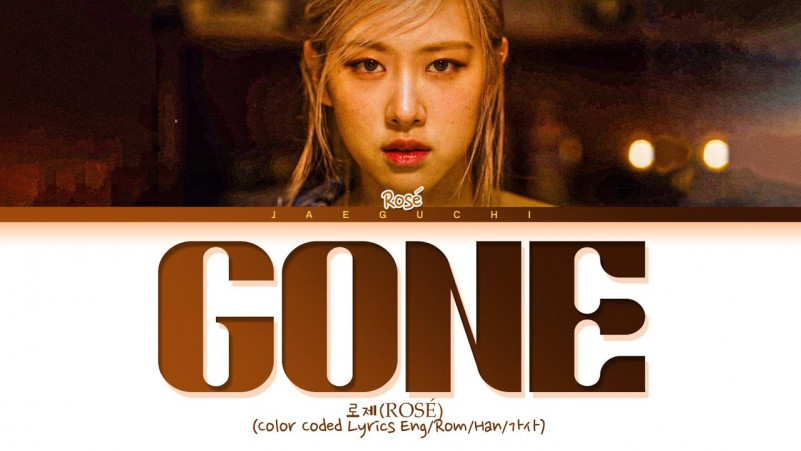 “Gone” is a single recorded by South Korean-New Zealand singer Rosé, for her debut single album R, which was released on 12 March 2021 by YG Entertainment. The song was written by J. Lauryn, Teddy Park, Rosé and Brian Lee, who has co-written songs for artists such as Justin Bieber, Lady Gaga and Selena Gomez. It was also produced by him and 24. Rosé performed the full version of “Gone” for the first time on SBS’s Inkigayo on 14 March. Gone is a soft rock, alternative rock and indie rock romantic ballad about laments past love and future loneliness.

“Think” is the font used in Gone poster.