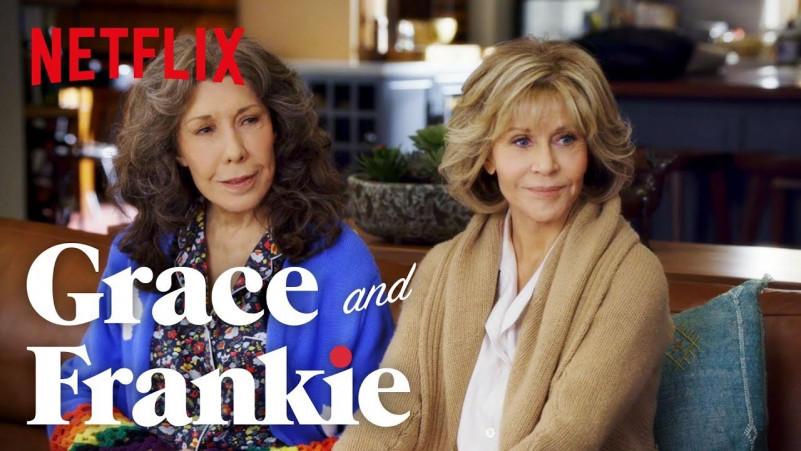 Grace and Frankie is an American comedy web television series created by Marta Kauffman and Howard J. Morris for Netflix. The series stars Jane Fonda and Lily Tomlin in the title roles of Grace and Frankie, two unlikely friends who are brought together after their husbands announce they are in love with each other and plan to get married. Sam Waterston, Martin Sheen, Brooklyn Decker, Ethan Embry, June Diane Raphael, and Baron Vaughn co-star in supporting roles. It premiered on Netflix on May 8, 2015, with all 13 episodes of the first season released simultaneously. The second through sixth seasons, also consisting of 13 episodes each, was released on May 6, 2016, March 24, 2017, January 19, 2018, January 18, 2019, and January 15, 2020, respectively.

The text on the poster we identify is created by ITC Grouch Font. ITC Grouch was designed by Tom Carnase, Ronne Bonder and published by Bitstream. ITC Grouch contains 1 style.