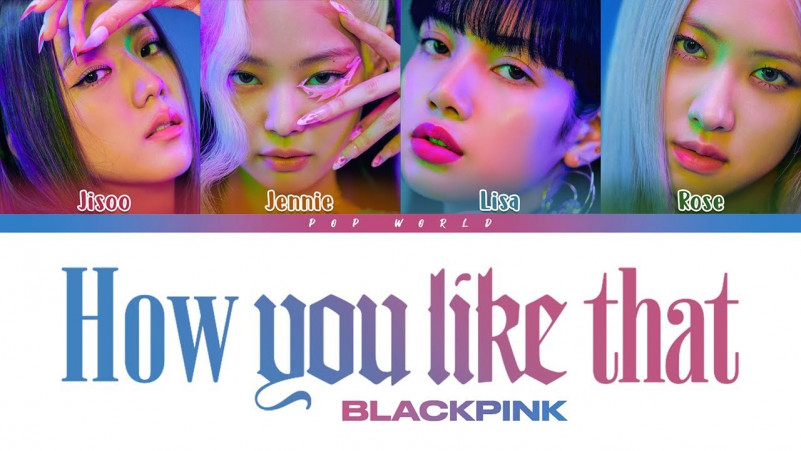 “How You Like That” is a song recorded by South Korean girl group Blackpink. It was released on June 26, 2020, through YG and Interscope, as the lead single from the group’s first Korean-language studio album, The Album, released on October 2, 2020. The track was written by Danny Chung and Teddy Park, with the latter as well as R. Tee and 24 credited as arrangers, and Teddy as producer. “How You Like That” is a pop, hip hop and trap track about “not being daunted by dark situations and to not lose the confidence and strength to stand up again”.

The text on the poster we identify is created by Goudy Text and Vincente  Font.