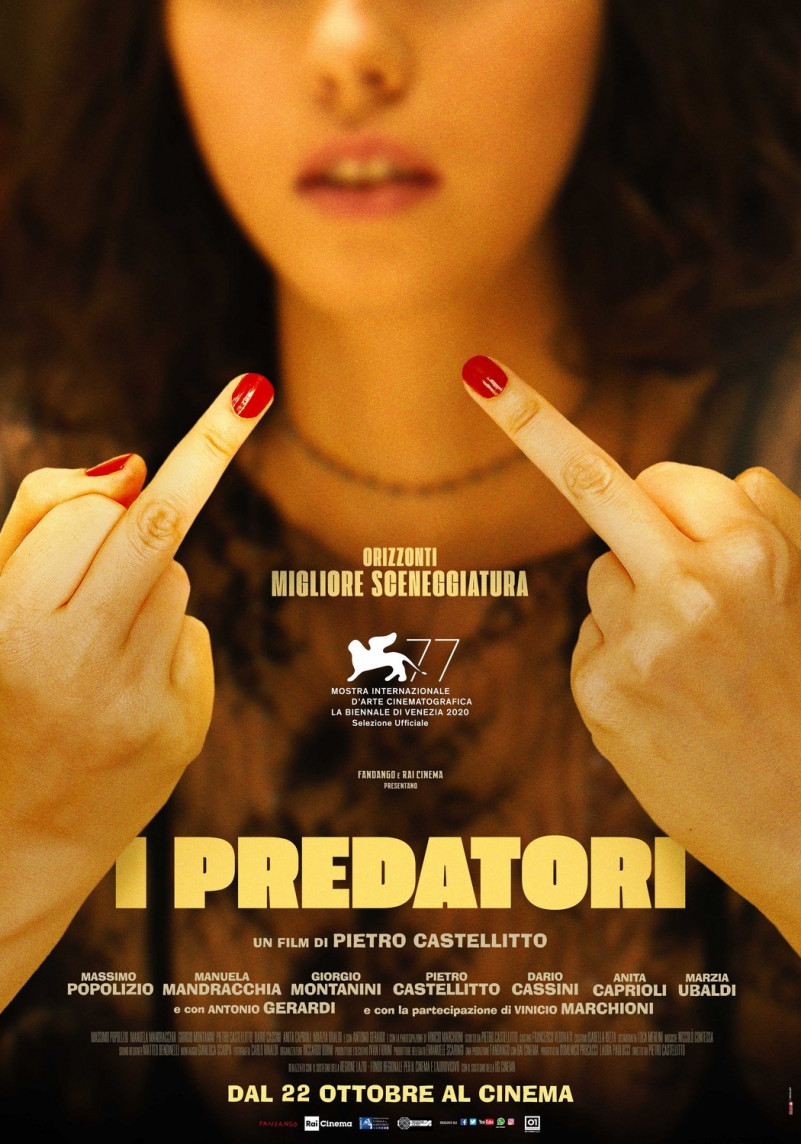 It’s early in the morning, the sea at Ostia is calm. A man knocks at the door of a woman’s house: he is going to sell her a watch. It is early in the morning again when, a few days later, a young assistant professor of philosophy will be left out of the group chosen for the exhumation of Nietzsche’s body. Two grievances. Two apparently incompatible families: the Pavone and the Vismara. Bourgeois and intellectual the former, proletarian and Fascist the second. Opposing factions that share the same jungle: Rome. A banal incident will bring the two poles into collision. And the folly of a twenty-five-year-old man will lead to a showdown that reveals everyone has a secret and no one is what they seem. And that we are all predators.

“Extenda 80 Peta” is the font used in I predatori poster. Extenda was designed by Francesco Canovaro, Andrea Tartarelli and published by Zetafonts. Extenda contains 12 styles and family package options.