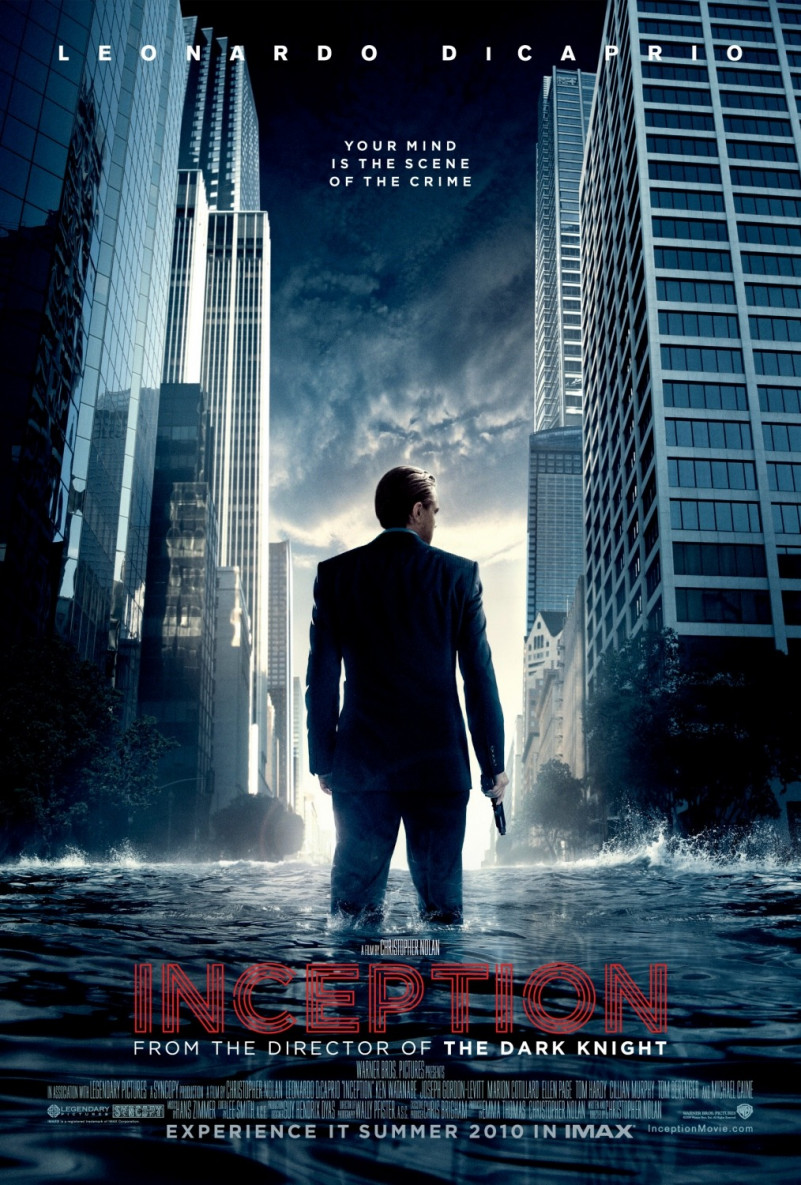 Inception is a 2010 science fiction action film written and directed by Christopher Nolan, who also produced the film with his wife, Emma Thomas. The film stars Leonardo DiCaprio as a professional thief who steals information by infiltrating the subconscious of his targets. He is offered a chance to have his criminal history erased as payment for the implantation of another person’s idea into a target’s subconscious.The ensemble cast includes Ken Watanabe, Joseph Gordon-Levitt, Marion Cotillard, Ellen Page, Tom Hardy, Dileep Rao, Cillian Murphy, Tom Berenger, and Michael Caine.

The text “Inception ” on the poster we identify is created by Inception Font.