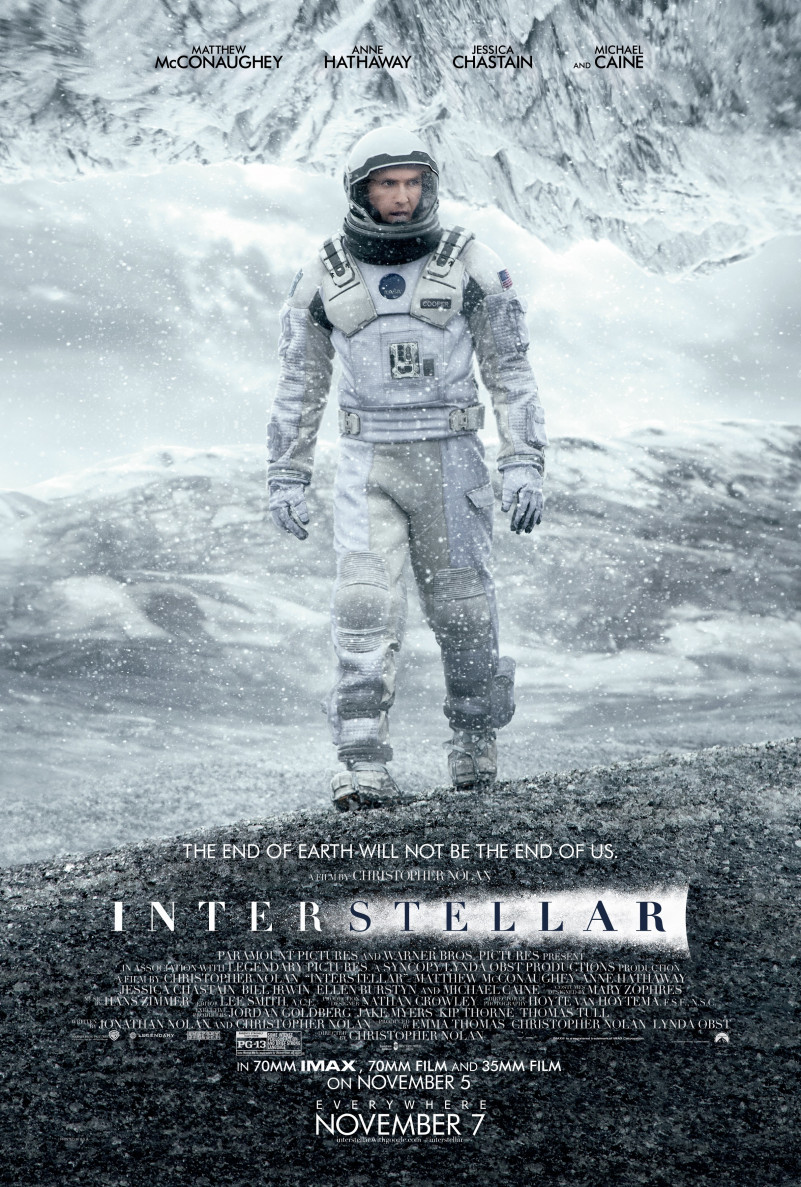 Interstellar is a 2014 epic science fiction film directed, co-written and co-produced by Christopher Nolan. It stars Matthew McConaughey, Anne Hathaway, Jessica Chastain, Bill Irwin, Ellen Burstyn, Matt Damon, and Michael Caine. Set in a dystopian future where humanity is struggling to survive, the film follows a group of astronauts who travel through a wormhole near Saturn in search of a new home for mankind.