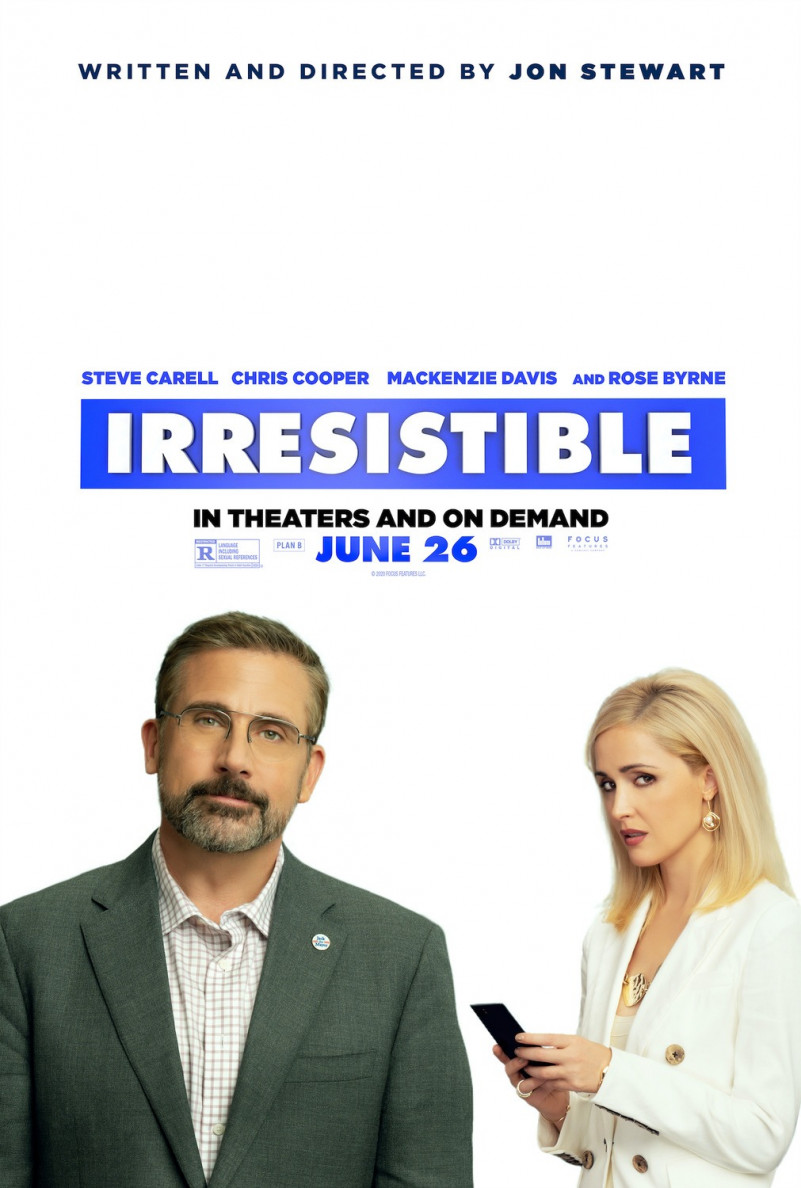 Originally slated for a theatrical release, the film was delayed due to the COVID-19 pandemic, and is now scheduled to be digitally released through video on demand on June 26, 2020, by Focus Features.

The text “Irresistible ” on the poster we identify is created by Futura Pro Extra Bold Font. Futura was designed by Paul Renner and published by Linotype. Futura contains 42 styles and family package options.