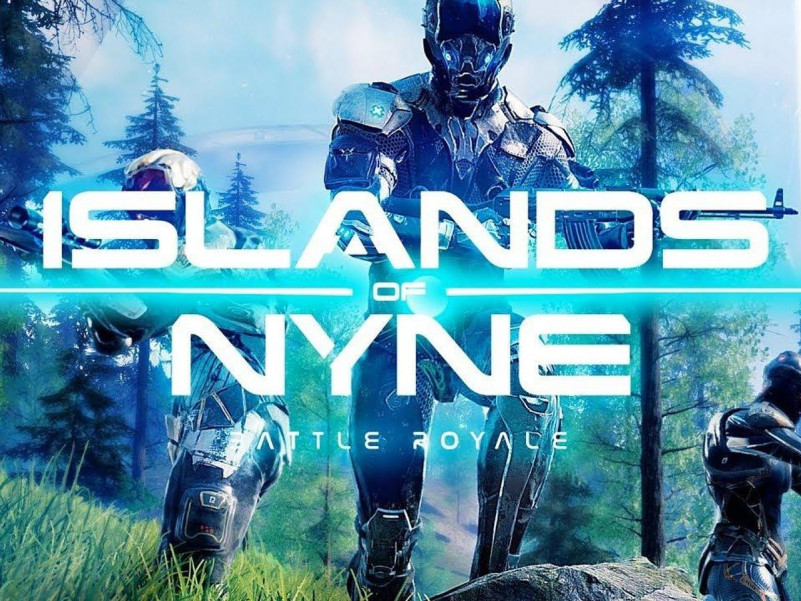 Islands of Nyne: Battle Royale is a sci-fi first person shooter battle royale game by American developer Define Human Studios for Microsoft’s Windows set in a fictional universe that is in closed alpha testing as of April 28. It entered into a limited Closed Alpha State on April 28, 2017. The game has launched into Steam’s Early Access program on July 12, 2018.

The text on the poster we identify is created byKorataki Regular Font. Korataki was designed by Ray Larabie and published by Typodermic. Korataki contains 14 styles and family package options.