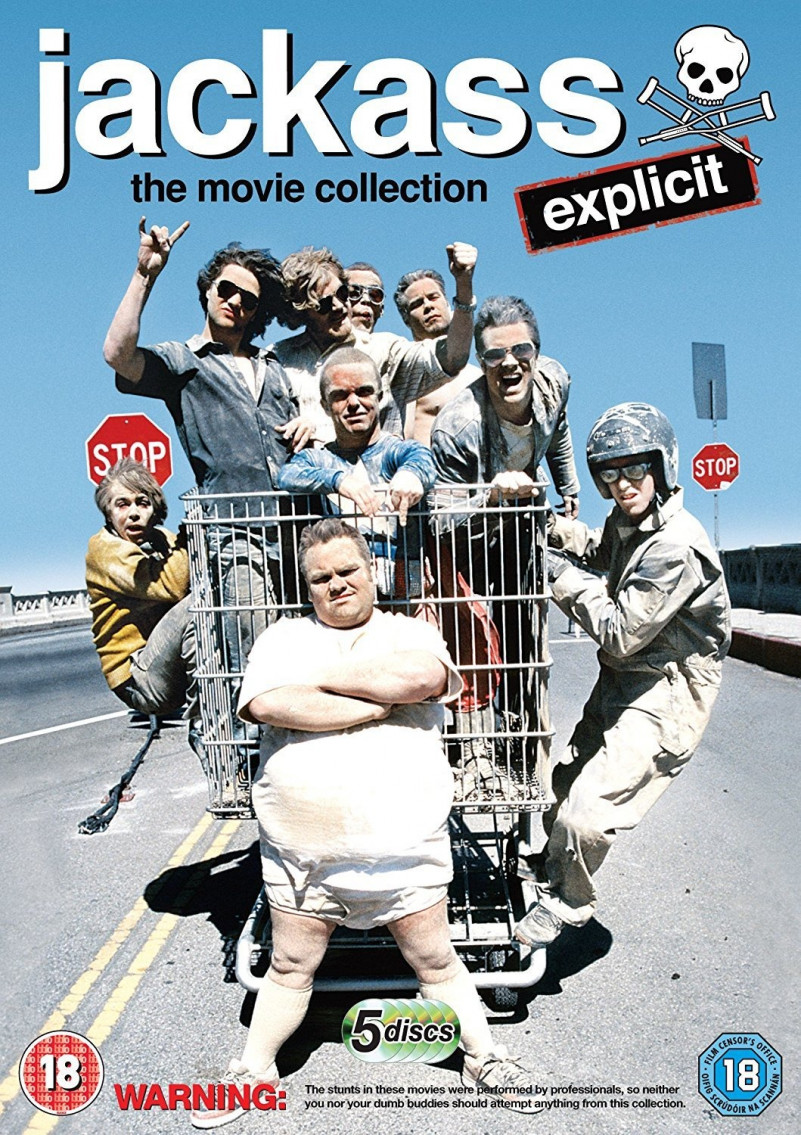 Jackass: The Movie is a 2002 American reality comedy film produced by MTV Films and Dickhouse Productions. The film is a continuation of the stunts and pranks by the various characters of the MTV television series Jackass.

The text on the poster we identify is created by Helvetica Bold Font.