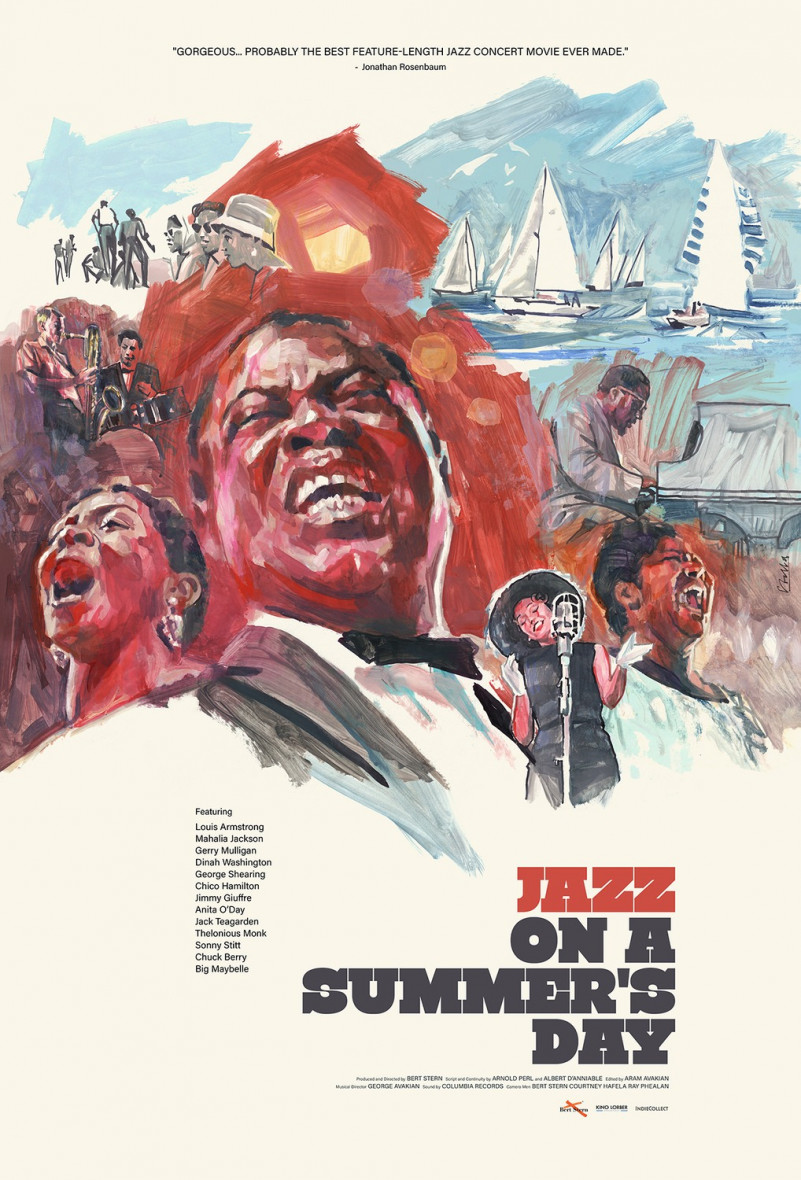 Jazz on a Summer’s Day is a concert film set at the 1958 Newport Jazz Festival in Rhode Island, directed by commercial and fashion photographer Bert Stern and Aram Avakian, who also edited the film. The Columbia Records jazz producer, George Avakian, was the musical director of the film.

The film mixes images of water and the city with the performers and audience at the festival. It also features scenes of the 1958 America’s Cup yacht races. The film is largely without dialog or narration (except for periodic announcements by emcee Willis Conover).

The text “Jazz on a Summer’s Day” on the poster we identify is created by Bombarda Font. Bombarda was designed by Alexander Lubovenko and published by ParaType. Bombarda contains 1 style.