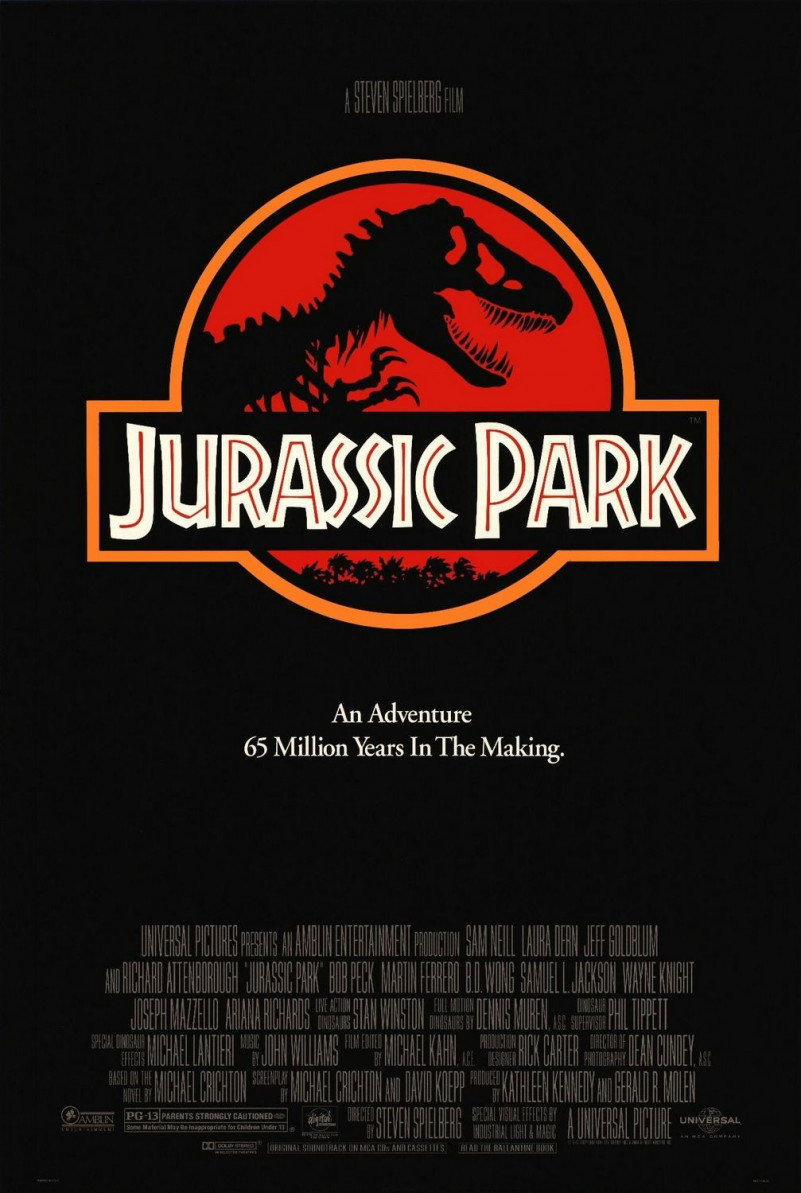 Jurassic Park is a 1993 American science fiction adventure film directed by Steven Spielberg and produced by Kathleen Kennedy and Gerald R. Molen. It is the first installment in the Jurassic Park franchise, and is based on the 1990 novel of the same name by Michael Crichton and a screenplay written by Crichton and David Koepp. The film is set on the fictional island of Isla Nublar, located off Central America’s Pacific Coast near Costa Rica. There, wealthy businessman John Hammond and a team of genetic scientists have created a wildlife park of de-extinct dinosaurs. When industrial sabotage leads to a catastrophic shutdown of the park’s power facilities and security precautions, a small group of visitors and Hammond’s grandchildren struggle to survive and escape the perilous island.