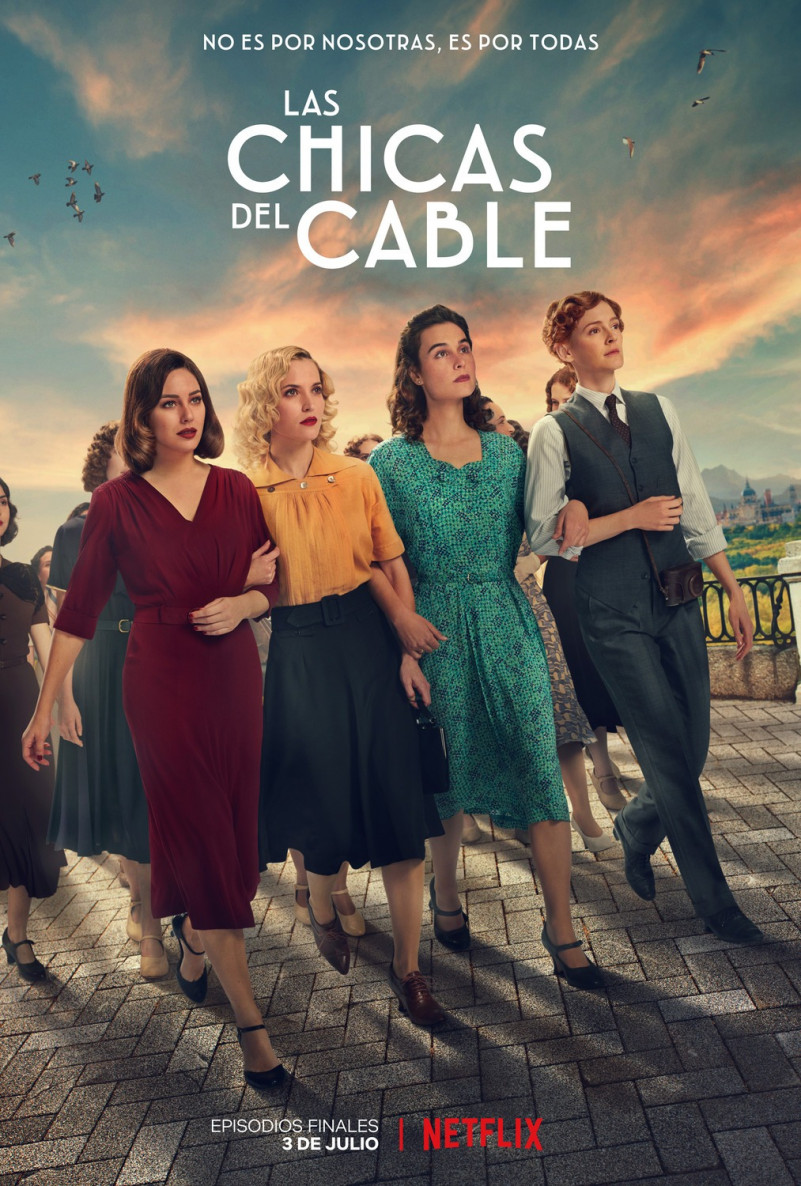 Cable Girls (Spanish: Las chicas del cable) is a Spanish period drama web television series produced by Netflix. Set in the late 1920s, it stars Ana Fernández, Nadia de Santiago, Blanca Suárez and Maggie Civantos. The first season, consisting of eight episodes, premiered on Netflix worldwide on April 28, 2017. The second aired on December 25, 2017, and the third season came out on September 7, 2018. The fourth season was released on August 9, 2019. The first half of the fifth and final season, was released on Netflix on February 14, 2020. The second half of the fifth and final season is to be released on Netflix on July 3, 2020.